Thanks to new laws put into effect on June 1, Norwegian bank and credit card customers are finding electronic payments of all 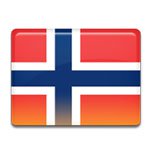 Thanks to new Norwegian gambling laws put into effect on June 1, Norwegian bank and credit card customers are finding electronic payments of all sorts – not just those for online casinos or poker in Norway – being routinely rejected when requesting approval.

The Norwegian government introduced draconian regulations for its financial institutions in similar fashion to the current American gambling law but rare among European nations. Norway-based financial institutions are required not to accept transactions to or from Internet casinos not approved by the government. This list is currently comprised of two companies, Norwegian internet casino providers Norsk Tipping and Rikstoto.

Because the transaction approval is undertaken completely electronically, the automated system often does not recognize whether the cardholder is attempting to pay for online casino credits or hotel casinos abroad, tourist destinations and even cruise ships. In order to solve this problem, a merchant must enter into several different contractual agreements with VISA Norway: an unlikely scenario for most businesses abroad.

The law was passed with the justification that it was about protecting addicted gamblers, but few seem convinced that this will help. Getting a foreign bank account takes minutes for the average Norwegian citizen connected to the Internet, and a number of electronic payment methods exists for those who wish to play under Norway’s unenforceable gambling law.

Additionally, it is thought that the current structure of Norwegian gambling law will be found by the European Commission to be contrary to European Union fair competition regulations.