New Ramos Contract Ties the Andalusian for Real Madrid Until 2020 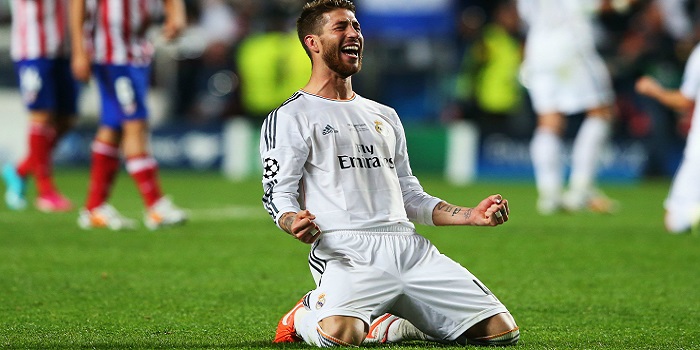 The expected agreement has been reached, Real Madrid are expected to sign the new Ramos contract in the near future.

Online gambling sites in Spain report that the new Ramos contract will be made official as soon as Real Madrid returns from their training camp in China. Thanks to this agreement, the number 4 of Los Blancos will commit his future to the Spanish giant until 2020. His supposed net salary will be around EUR 9 million.

According to the reports of several online betting sites in England, Manchester United were willing to offer EUR 11 million net salary to Sergio Ramos. However, upon solving the problems he had with President Florentino Pérez, there was no question that the team’s beloved captain will remain in the Spanish capital.

The new Ramos contract is a shock for Man United

The Red Devils were hoping to be able to capture the 29-year-old central defender as a response to Real Madrid’s inquiry towards David De Gea. However, once the new Ramos contract is made official, Louis Van Gaal will have no option but to search for another central defender to strengthen his squad with.

UK gambling news believe that the new Ramos contract was a tactical battle between the two teams in the transfer market. This time, the battle was won by the Spanish side, in addition, according to online bookmakers such as Betfair, Manchester might lose another battle as they set the odds for David De Gea joining the Royal Club at 1.50 (1/2).