Claims of fraud are not just a superficial scratch 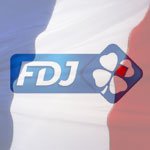 Retired engineer Robert Riblet has been making big waves in French gambling news, ever since he took Francaise des Jeux (FDJ) to court in 2006, claiming that the company had misled players about its scratch games and the chances of winning.

He has now asked the judge to hear the former employee of a licensed FDJ sales point, whose testimony is meant to shed some light on the former monopoly’s practices, especially pertaining to the manipulation claims.

Until the recent changes in French gambling laws, FDJ held exclusive rights to various forms of gambling, but it is one of the main players in the French market even today.

While retaining the rights to run the national lottery, the company has also expanded into other areas, offering online poker and internet betting in France.

According to the mystery witness, FDJ abused its monopoly position before the changes, and the system was “carefully planned” to “boost sales” and “continuously increase turnover.”

Riblet spent some 33,000 Euros and visited 1,500 retailers in his quest to uncover the alleged manipulation. He believes that the distribution of prizes was not random, but followed a highly predictable pattern, allowing those in the know to skim the system.

The witness is expected to testify that “the vast majority of retailers selling the tickets” were aware of this setup and sold only those tickets, which “they knew in advance to be losing ones or carrying only minor prizes.”

“Except for trusted customers, insiders and family members of retailers, the vast majority of players were in total ignorance of the programming that made them lose before even playing,” claims the unnamed witness.

In an even more significant development, his assertion that the sales agents and FDJ had “a computer listing traceability of the valuable lots in the batches,” will no doubt provide further ammunition to those who cry fraud.