NHL Teams with the Most Stanley Cup Wins—Ever 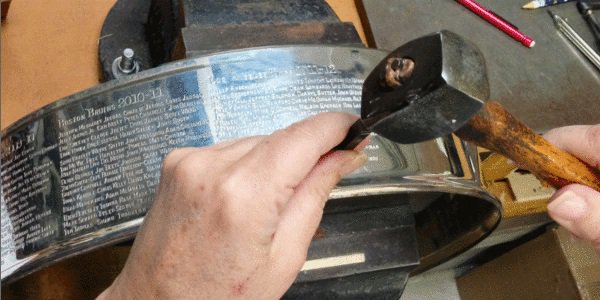 Making predictions about who’ll be the next playoffs champion? Learn from history and take a look at the hockey teams with the most Stanley Cup wins since the NHL was founded in 1917.

Get NHL betting tips from times gone by at GamingZion in our spotlight article on NHL teams with the most Stanley Cup wins. While a couple of the teams’ positions have dropped in modern rankings and online sportsbooks in the US, there are still some that have stood the test of time and remain longstanding league all-stars.

The Bruins first won the Stanley Cup in 1929

Since the team’s beginnings in 1924, the Boston Bruins have snagged the Stanley Cup six times, having won in 1929, 1939, 1941, 1970, 1972, and 2011. The New England hockey team was founded in 1924 by grocery store financier Charles Francis Adam, who monumentally paid $15,000 to own and start up the first United States-based NHL team. Dozens of American hockey teams would go on to follow in their wake.

The Bruins have remained a solid team throughout history and continuously appear in US gambling news. They lacked Stanley Cup wins in the 1950s-1960s but were back in the playoffs and NHL hockey betting lines with a vengeance in the 1970s-1990s with legends like Bobby Orr, Terry O’Reilly, and Cam Neely. Things appeared a little shaky for the Bruins since the departures of these all-stars, but their 2011 Stanley Cup win—which ended a 39-year drought—marked a well-deserved comeback for the still-esteemed Bruins.

Pete Babando held the cup for the Red Wings in 1950

While they did suffer a 42-year drought between their times of glory, in which they were at the bottom of rankings and NHL betting odds, that’s now ancient history. They came back on top in the 90s, and they’ve remained there since. The Red Wings are now largely considered to be America’s most successful hockey franchise and boast great names such as Gordie Howe in addition to the title of being one of the NHL teams with the most Stanley Cup wins.

In 1942 the Maple Leafs beat Detroit in the final

Nowadays, the Maple Leafs fall short on rankings and in online casinos in the US. Coaches and rosters from the 1970s onwards have failed to bring the team back to its former glory. But the Maple Leafs shouldn’t be given up on yet—other teams have come back from decades-long playoff droughts, and it’s only a matter of time before the Maple Leafs get theirs and remind fans why they’re among the teams with the most Stanley Cup wins.

The last of Montreal”s numerous victories came in 1993

While they’re experiencing a small drought, it’s unlikely that it’ll last much longer. Even if they didn’t take home the Cup in the 2000s, and have to get one in the 2010s, they’ve remained playoff mainstays, and it’s only a matter of time before a Habs team captain will be hoisting the Stanley Cup overhead once again.