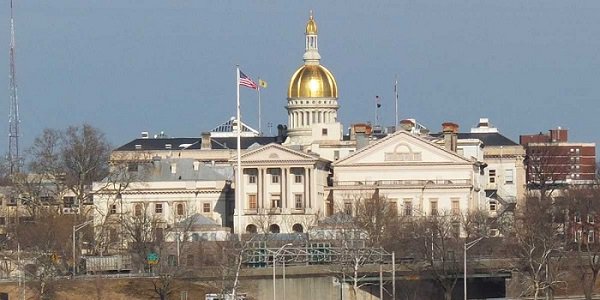 New Jersey legislators gave a huge sigh of relief when its neighboring New York issued only one license in the Catskills-Hudson Valley region. For, as the Catskills proposal is at least 80 miles from the Meadowlands, North Jersey may be able to open casinos nearby without too much rivalry.

A casino in Orange County, N.Y was seen as menacing. It could’ve meant attracting potential gamblers away from New Jersey. The Orange county region, free of casinos, would help New Jersey to get some of its own. Senator Paul Sarlo, D-Wood-Ridge agreed that “This helps us make our case, because that’s another pocket of folks [in Orange County] who we can attract for additional revenues for New Jersey.”

Plans being hatched behind closed doors

Even though denying casino licenses to Orange County gives New Jersey the edge, officials deem it necessary to get a proposal for gambling outside Atlantic City to voters next year. New Jersey’s State lawmakers may have just enough time go out on a limb to convince voters decide, come November 2015, to allow casino gambling beyond Atlantic City.

The negotiation plans, shrouded in secrecy, will necessitate an amendment to the state constitution. Only a few state legislators, including Senate President Stephen Sweeney, D-Gloucester, Assembly Speaker Vincent Prieto, D-Secaucus, and Senator Paul Sarlo, D-Wood-Ridge are in on the talks.

• New Jersey Voters’ Referendum possible in 2015
• New Jersey promises to help out Atlantic city
• Meadowlands may host casino, if there is one

The legislators have yet to reveal how many casino projects would be approved for North Jersey. Their future locations are also being kept top secret. What is known though is that the discussions will include coming up with a solution to counterbalance the fall in Atlantic City’s gaming revenues.

Increased rivalry from Pennsylvania and New York land-based and mobile casino operators have contributed to the vertiginous drop in turnover in Atlantic City’s gambling industry since 2006. Four of the City’s resorts have gone under, with a fifth, the Taj Mahal, scheduled to close sometime in December.

Sen. Sweeney said that although no viable solutions are forthcoming they are simply looking at
stopping “the bleeding in Atlantic City right now”. He revealed that, in talks with Senator Sarlo, he agreed to help him “figure out casinos in the north, as long as there’s a benefit to Atlantic City. But we don’t have that”.

Even though State Sen. Ray Lesniak, D-Union has been left out of the closed-circle discussions, he urged fellow lawmakers to make sure that there are criteria to get a casino license. He also hoped that the plans would include ways in which businesses could reinvest in Atlantic City, even if that means surcharging revenues from the chosen casino or casinos operators.

Location and Time are of the essence

Lesniak and Sarlo were among the lawmakers who introduced in 2014; a plan to ask for a ‘constitutional amendment’ to the US gambling laws, which for now, only allows two casinos to
operate outside of Atlantic City.

Lesniak also thinks that the casinos should be located in ‘New Jersey City’ waterfront, with a clear view of Manhattan and developable land near Liberty National Golf Course’. The Meadowlands is also being considered a prime location since the New York State Board decision.

President of the Meadowlands Regional Chamber of Commerce, Jim Kirkos, agreed wholeheartedly, saying that “the tipping point is here” to expand gambling. Kirkos further pointed out that “the most appealing gaming destination in North America and could help support Atlantic City by selling a single gaming license”.

Sarlo, from his end, said he and other lawmakers were looking into ‘how revenues from a North Jersey casino may help struggling Atlantic City…we’re going to have a casino bill for North Jersey at some point,” he said.

Prieto’s spokesman, Philip Swibinski, revealed that Prieto has been in “continuous discussions
with many different stakeholders about New Jersey’s gaming future” and “those talks have been productive and are continuing”.

While legislators are figuring out how to pass the laws to have casinos in New Jersey, acquiring a constitutional amendment is bit complicated. It would mean a majority vote by the legislature in two consecutive years or a supermajority vote in both houses during one year. Then it would need to be approved by the public in a referendum.

The New York casino projects which are expected to begin construction by next spring and then open within 24 months. If a Meadowlands casino is to be built it would have to be very soon after. But first, organizing a 2015 referendum would have to be a top priority. Lesniak said that beyond 2015, New Jersey may not be able to handle the added competition from New York then.