No Hope for Gambling Industry in Saudi Arabia

Being that Saudi Arabia is a country with a rich Islamic history, the nations laws are based on Islamic law. 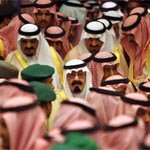 Being that Saudi Arabia is a country with a rich Islamic history, the nations laws are based on Islamic law. Therefore, Saudi Arabian gambling laws are a direct reflection of Islamic law when they indicate that no form of gambling shall be permitted in the nation, whatsoever.

Saudi Arabia is not a popular tourist destination on behalf of gambling and foreigners visiting the area may be taken aback by the lack of casinos, poker rooms, bingo halls and sports betting centers. These facilities are not missed by the Saudi Arabians to any stretch of the imagination and are not likely to show up any time soon.

It can easily be argued that Saudi Arabia is the Middle Eastern nation most adamant about keeping gambling out. Being that the sacred city of Mecca is located in Saudi Arabia making this country the center of the Muslim world, the government strongly adheres to the laws of Islam. Gamblers should not expect to see changes in the future.

There is a very small underground gambling operation in Saudi Arabia, but it doesn’t cause much of a problem and is not very popular. The only other chance that Saudi Arabians have to bet is through internet gambling in Saudi Arabia.

There are a few online casinos in Saudi Arabia, but the companies that run them are located elsewhere so that the government has no jurisdiction over them. However, the government tries to steer players away from these sites as well. It does so in two ways: it refuses to sell online gambling licenses and aggressively filters the internet. Somehow, the few players that want to do find a way to play.