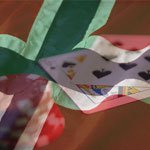 Norwegian gambling laws are set for a drastic change, as the country prepares for the liberalization of the gambling market. The move comes after the new governing coalition was elected, and it is hoped that the plans will bring in extra tax revenue as well as removing frustrations from Norwegian gamblers.

Currently, there are no online casinos in Norway, and gamblers have been turning to foreign based, unlicensed websites instead, despite some government attempts to block and ban these operators. The government has found it especially hard to block the advertising of these sites, due in part to freedom of speech laws.

While the government also tried blocking foreign based casinos from Norwegian banks, the proliferation of payment processors in the country has made that move untenable. Instead, the country is simply going to regulate the market, which will lead to a glut of legal online and mobile casinos entering the market in the near (well, relatively near) future.

The market is not being completely liberalized, however, with plans to restrict hours of play from 7am to 3am, and also to introduce strict daily and monthly loss limits. The maximum monthly loss being considered is 10,000 Norwegian Kronor, which is around $1,640.

Thus high rollers are still going to find themselves frustrated in what they can do online, but it is at least a major step in the right direction for the Scandinavian country.

It follows the continued rise of mobile gambling throughout Europe. With Norway seen as a rich and online savvy country, many operators will be licking their lips in anticipation of launching their own mobile casinos in the country, and it is likely seen as a good area for potential growth. With markets such as the UK starting to reach saturation point, finding new markets is key.