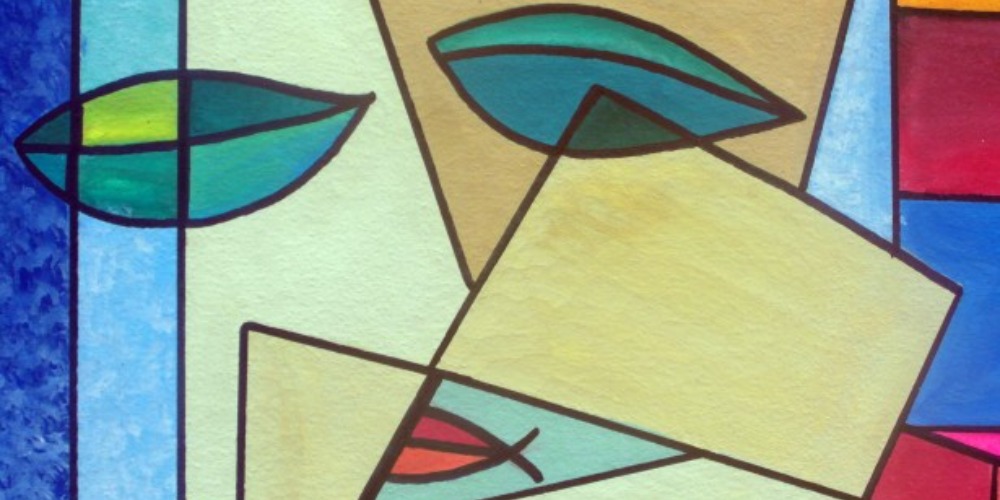 Did you know that until the middle of the 20th century, not only sports competitions were present at Olympics, but also art contests? We are going to tell you how this type of competition got into the Olympic program and why it could not stay there. So let’s just jump right in and discover more about the Olympic art competitions!

Even in ancient Greece, people believed that art and sport should go hand in hand. The ideal way to achieve harmony is by training both body and mind. The founder of the modern Olympic movement, Baron Pierre de Coubertin, adhered to the idea that there should be a close connection between athletes, artists, and spectators. Which is why art competitions dedicated to sports appeared in the Olympic program.

“It’s time to take the next step and bring the Olympics back to their original beauty. In the heyday of Olympia, they combined the visual arts harmoniously with the Olympic Games, creating their glory. It must become reality again, ”wrote Coubertin in Le Figaro in 1904.

The Olympic Congress back in 1906 discussed Coubertin’s idea. But since there was too little time before the 1908 Olympics in London, they implemented it only at the 1912 Games in Stockholm. The Swedish art community had doubts about holding such a competition. Since it was difficult to agree on fair rules for all. But in the end, they included this type of competition in the Olympic program.

Medals were in five categories: architecture, literature, music, painting, and sculpture. At first, the categories were general, but over time they divided it into subspecies. For example, one could become an Olympic champion in literature in drama, lyrics or epic; orchestral and instrumental music, solo and choral singing appeared in the music competition; in painting – drawing and graphic design, the sculpture was divided into a statue, relief, medals, and sports badges; and urban planning was an added touch to the architecture.

Art Contests: Who is the Most Successful?

33 people attended the debut of the Olympic art competitions in 1912. And they awarded gold medals in all five categories. The jury considered only those works that had not been shown or exhibited anywhere before and were also directly related to sports. By the way, Coubertin himself participated in the literary competition in Stockholm under a pseudonym. His “Ode to Sport” received a gold medal.

It is also interesting that at the 1912 Games, Walter Winans from the United States became the Olympic champion in sculpture competitions, who had won Olympic gold in shooting six years earlier. In Sweden, the American did not forget about the shooting, in which he won silver. In addition to him, only one person managed to win medals in creative and sports competitions. The Hungarian swimmer Alfred Hayes won two gold medals in Athens-1896, and 28 years later he became a silver Olympic medalist in architecture.

At the 1920 Olympics in Antwerp, there was again no particular interest in the creative part. But at the 1924 Olympics in Paris, everything changed. 193 people sent applications for participation, including three representatives of the USSR, although at that time the Soviet Union had not yet participated in the Olympics. The Paris Games had a solid jury, which included the first woman to receive the Nobel Prize in Literature, the Swedish writer Selma Lagerlöf, and the famous Russian composer Igor Stravinsky.

The online sportsbook sites in China make our life easier by introducing to us the best sites for betting. One of them is 1xBET where you can place your bets on the upcoming Winter 2022 Olympics.

The creative competition also had a high status at the 1928 Games in Amsterdam. They exhibited more than 1,100 exhibits, not counting the works of writers, musicians, and architects in the City Museum. One of the participants in that Olympics from France, Paul Landowski, who won Olympic gold for the sculpture of a boxer, is famous for his work on the famous statue of Christ the Redeemer in Rio de Janeiro.

Due to its remoteness from Europe, fewer athletes came to the next Olympics in Los Angeles, but this did not affect the creative competition, which became quite popular there. It was also approved in 1936 and 1948, but in 1949 the IOC Congress concluded that since almost all contestants are professionals doing their thing for money, this does not correspond to the amateur status of the Olympic Games. They tried to include art competitions in the program of the 1952 Games in Helsinki. But the Finns refused this, and in 1954 they finally replaced the Olympic creative competitions by exhibitions.

Many works awarded with Olympic medals have been lost. Architectural projects are easiest to track, although not all have been completed. But some of the buildings left their mark on the history of the sport and are still in use today. For example, the Olympic Stadium in Amsterdam, designed by architect Jan Wils (Olympic gold in 1928), Payne Whitney Gymnasium at Yale University by architect John Russell Pope (Olympic silver in 1932), who is famous for his work on the Jefferson Memorial, or the Olympic Stadium in Wroclaw architect Richard Konviarts (bronze of the 1932 Olympics).

Even if nowadays there is no special place for Olympic art competitions, we still believe that the Olympic Games are some sort of art full of beauty and perseverance. Soon Beijing is hosting the Winter Olympics. For more information, check out the online sportsbook news in China. And when it comes to betting, 1xBET sportsbook will be your best friend in the Winter Olympics 2022.