Another gambling operator giant to sponsor a sports club in Schleswig Holstein, a German state, where online gambling is free 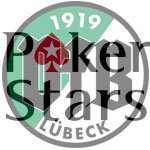 Schleswig Holstein is the first of the country’s states to change German gambling laws in order to liberalize online gambling. This fact has started to attract foreign investors and gambling operators.

First, Bwin.party gaming giant agreed to sponsor the THW Kiel handball team, and now the largest online poker operator in the world stepped in. Poker Stars is known to target jurisdictions where online gambling is legal and regulated.

The recent agreement between Poker Stars and VfB Lubeck, fourth division German football club, will allow Poker Stars to acquire the naming rights for the club’s stadium – Stadion an der Lohmuhle in Lubeck.

The stadium has 17,869 spectators capacity and is used as a multi-purpose location. Following the sponsorship agreement the stadium is now officially known as PokerStars.de – Stadion an der Lohmuhle.

According to Germany gambling news, earlier this year Schleswig-Holstein state has made online poker legal in the state, in a move separating it from the other 15 German states still with gambling monopoly on their minds.

Schleswig-Holstein has now almost finished the process of developing its own online gambling rules and regulations, approved by the European Commission.

The agreement between Poker Stars and VfB Lubeck is initially valid until 2013, yet has an option to extend for another three years. The sponsorship will see €120,000 paid to VfB Lubeck each season.

With this deal Poker Stars hopes to obtain a leading position in regards to online poker sites in Germany. A company spokes person told the press: “We will consider further sponsorship opportunities in Schleswig-Holstein.”

The sponsorship deal has already obtained some criticism from German politicians. The Green Party’s Monika Heinold expressed her reservations, stating that online poker legislation has not yet come into force.