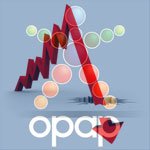 OPAP (Hellenic Football Prognostics Organization), an organization owned by the government and set up by the Greek gambling laws, reported a 16 percent drop in third 2012 quarter profits on Tuesday.

Industry analysts say that the recession and the financial crisis affected the online gambling market in the country. OPAP revenue decrease of 11 percent to EUR 891.3 million seems to prove their forecast. The company’s net profit also fell to EUR 113.6 million, down from last year’s EUR 135.4 million.

The Greek government’s has a long-going saga to sell its 34 percent stake in OPAP. The sale was forced as part of an international fiscal bail-out deal for Greece. So far, eight potential investors submitted an expression of interest through the Hellenic Republic Asset Development Fund.

OPAP’s price might go down, as Greece imposed a new 30 percent levy on the company’s gross earnings from January 1, 2013. The new tax will certainly affect OPAP’s profitability, and may totally undermine its value.

On top of the new gambling tax, there are several court cases launched by competitors to request a repeal of OPAP’s Greek sports betting monopoly.

Last week, the Remote Gambling Association (RGA) announced that they are ready to start a legal process against OPAP and the Greek government at both EU and national court levels to challenge their monopoly on online gambling and betting in the country.