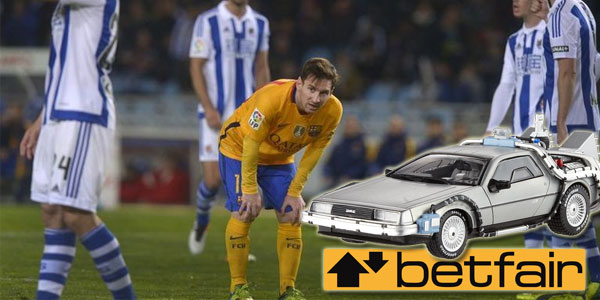 Accusation without proving anything is just simple calumny. Without wanting to suggest anything, it’s really hard to believe that such a perfect bet prediction is possible!

Perfect bet predictions exist, we all know that. We can blame that on luck or expertise, it doesn’t really make a difference. Okay, it obviously does: when online bettors happen to win at online sportsbooks in the UK because they understand odds and can always choose the perfect ones, then they have high chances of becoming sportsbook winners again in the near future. However, when their sportsbook cashout is purely based on luck, it might as well be a once in a lifetime event.

Without degrading any sportsbook winning prize, I think we can all agree on one thing: being an expert in something is far more rewarding and deserves far more credit than being lucky at some point in your life. However, being lucky can be very well rewarding as well. Now that we understand the difference between sportsbook experts and lucky online bettors, let’s see what happened to this UK player at Betfair Sportsbook!

One of the best online casino winning stories belongs to the lucky online sports betting expert, who chose to cash out in the very best moment. The Betfair customer made a 22-fold accumulator bet, his first 15 games were already over. All of them were perfect bet predictions. Maybe even the player gave up on winning as well because the betting ticket included QPR v Charlton as well as Man City v West Brom.

The lucky winner chose to bet on the home teams to win in both games. It’s not such an admirable betting prediction: both teams were favourites at EU betting sites for their respective encounters. However, the online bettor might have had some difficult moments: West Brom took the lead against Man City in the first half, and Charlton equalized at QPR’s stadium in the 62nd minute. However, City managed to overturn the result and won the game by 2-1, while QPR also managed to secure a 2-1 victory – with a goal in the 94th minute!

Now the question arises, was it just pure luck, or was it because of the player’s expertise? Why could such a perfect bet prediction have been made? What made the lucky person believe in the teams until the very last second? There was a chance to walk away with GBP 25,000 before the Manchester City match kicked off, but the Betfair customer chose to play on.

The betting expert’s accumulator was going 15/15. The 16th game was going to be Saturday night’s Real Sociedad vs Barcelona, where the player placed a bet on the Blaugrana. Barca’s odds were only 1.50 (1/2) at Bet365, while those for the home team were at 6.50 (11/2). After winning 15 out of 15 games, would it ever cross your mind that maybe it should be Spanish Cup, La Liga and Champions League holder FC Barcelona that you mistrust?

The answer is most probably a definite “Hell no!” by most of us. This was not the opinion of the unbelievable bettor who decided that the best is taking what was earned by then and cashing out the deserved prize. The total amount of the accumulator was going to be GBP 1,5 million if all the betting predictions are correct – but as we know, that was not the case.

Timing is crucial part of online betting and that’s exactly what earned GBP 53,000 instead of losing all the money that was made by the 15 winning bets. The Betfair customer chose to cash out just before the Barca game kicked off and must have been really pleased to see that Luis Enrique’s men did fail to win the game – they lost 1-0 at Anoeta. It was their second loss in a row in the league. That’s something that doesn’t happen too often to Barcelona.

Again, we don’t want to accuse anybody of anything, but it becomes really hard to believe that such a perfect timing exists when it comes to online sports betting. We must seek explanations for that and there must be some. One of these explanation seems very reasonable: Maybe the player sees the future for the next 2 hours, and always knew the final result of football games just before they actually even started.

That would explain why the sportsbook winner stayed away from cashing out before the QPR or the City games, and why decided to cash out before the Blaugrana match kicked off. According to another theory, the Betfair customer might have met Marty McFly, stole the Time Machine and went ahead in time for a new Sports Almanac and saw the final result of the Barca game. Dear online bettors, please watch out for this in the future. Whenever you do such a perfect bet prediction, it always becomes suspicious!