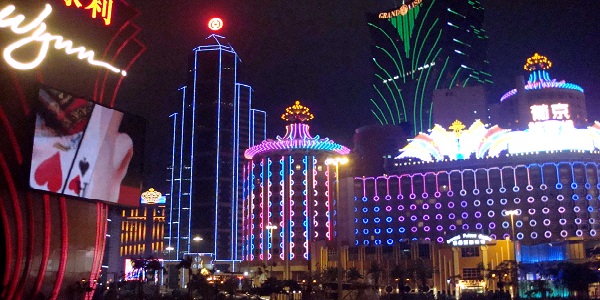 For thousands of years gambling has been integrated in human civilization and has carried on thriving in most countries all around the world. Asians are thought to be particularly keen gamblers. This is quite obvious in casino hubs like Macau where there has been swift growth of gaming in Macau and other Asian economies over the last 15 years.

Macau became an attractive place to gambling when the Portuguese authorities legalized gambling under Portuguese gambling laws as early as in the 1850s. Luckily too, as today it remains the only place under Chinese rule where casino gambling is legal. Traditional Chinese games monopolized most of Macau’s gaming up to 1962.

Then the Sociedade de Turismo e Diversoes de Macau (STDM) was granted an exclusive license to develop Western-style casino games in Macau. Transportation links between Hong Kong and Macau expanded. However in 2002, the monopoly in Macau ended, and then came an surge of integrated casino resorts from the West and from other parts of Asia. Six new licenses were granted.

Today, Macau’s biggest source of revenue comes from the tourists who go there to gamble. Large foreign casinos coming from Las Vegas and Australia into Macau has resulted in Macau surpassing the Las Vegas Strip in gaming revenues, in 2007. Indeed, Macau’s explosive growth was reflected in the compound annual growth rate of 27% over a 10 year period, that is until 2014.

Macau’s VIP gambling business has dipped since the Q3 2014 as Beijing has been clamping down on money laundering and other anti-corruption activities. Macau’s future has suddenly become quite dim. So much so that last year, President Xi of China visited Macau and told the governing body to find other sources of revenues.

Meanwhile, more Asian countries as well as Japan and Russia have decided to take advantage of Macau’s bad fortune. They want to attract Macau’s lost high rollers who indulge in land-based and mobile betting and collect some of the region’s gambling revenue. So now, Macau is facing increased regional competition for international VIPs, with new or expanding projects being hosted in Australia, the Philippines, South Korea, Cambodia, Vietnam, Russia.

Japan is also set to be among the rivals if a gaming legislation is passed in 2015. Countries such as Singapore, has developed two casinos, the Marina Bay Sands developed by the Las Vegas Sands and Resorts World Sentosa developed by Genting Singapore. Another country to profit from the gambling fiesta is the Philippines.

They are set on making a niche for themselves in the casino industry globally. Several casino openings, expansions, and construction are scheduled to take place in Manila. Investment bank Credit Suisse predicts that Philippines casinos will earn gaming revenues of up to $6 billion by 2018. This may mean that the Philippines could be among the top four countries making the most money from gambling.

Philippine Amusement and Gaming Corporation (PAGCOR) has been the gambling regulatory body since since 1976. The role of the PAGCOR is to regulate and operate all games of chance, especially casino gaming. They also create funds which go towards funding the government’s infrastructure and socio-civic projects. Thirdly it is their job to encourage local tourism.

No doubt Manila could soon rival Las Vegas in terms of the sheer number of casinos built along a designated gambling “strip”. This interest in expanding the Philippine casino industry has been further peaked by the Chinese government clamping down on visas to Macau and further sanctions are in the pipeline.

As the Philippines integrated resorts offer high-quality experience Credit Suisse forecasts the country’s casino industry booming especially with infrastructure projects in the making that will improve in road, rail and airport facilities. There will also be a skyway that will link the state-of-the-art complex to Manila’s international airport.

It is the government’s ultimate intention to profit as much as possible from the gambling industry by boosting foreign direct investment in its drive to make the Philippines a world-class gambling tourist destination.