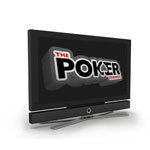 The Poker Channel is expanding beyond Europe next month with the addition of Argentina to its national customers wanting around-the-clock poker action, including European Poker Tour, World Series of Poker and World Poker Tour events.

In Europe, the English-language station is broadcast to 23 million households in 20 countries and has a steady viewership of 1 million per month. Some 65% of these viewers reportedly play online poker every day.

The network will also be taking the plunge into Africa simultaneously with its South American expansion, as South Africa will receive transmission of the Poker Channel on the same day. The number of those who play online poker in South Africa is estimated to be in six figures. Poker Channel managing director Chris White said in part, “This is our first step into Latin America and Africa and a huge milestone for us and our partners. It shows the desire to play and watch poker continues to grow around the world.”

And yet another “huge milestone” will be hit by The Poker Channel the day after the Argentina and South Africa launches: On June 8, The Poker Channel France will begin doing its 24-hour programming with solely French-language commentary, surely to take advantage of recent liberalization to French gambling laws. This station begins with an audience of 4 million households.

In mid-April, the Poker Channel was said to be up for auction, with business advisory firm Cavendish Corporate Finance LLP to be doing the selling of both the television network and its partnering poker website for a starting price of £50 million. At the time of this announcement, the website Poker Heaven was expected to generate revenues of £11.3 million and earnings of £1.5 million in 2010 – and this was before the expansion plans were publicly known.