The topic of legalizing and regulating internet gambling in Canada has been in the news a lot lately, with Quebec, Alberta, and Manitoba all reviewing the 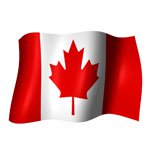 The topic of legalizing and regulating internet gambling in Canada has been in the news a lot lately, with Quebec, Alberta, and Manitoba all reviewing the possibility of changing local gambling laws to allow for online games. Many Canadians, however, conveniently forget that Canada is already host to some of the largest online gambling sites in the world. These sites are operated out of the Kahnawake Mohawk Territory, a self-governing Native American reserve in Quebec.

Kahnawake is legally autonomous, and they take advantage of this autonomy to create their own gambling laws. As a result, the territory has become host to a number of online gambling operations, from casinos to sports betting. Many of these sites target players in North America, including the United States.

Some Canadian lawmakers believe that Kahnawake’s gambling operations are in fact illegal, but the official stance of the Canadian government seems to be to turn a blind eye to the operations.

In a recent article, lawyer Morden Lazarus calls for change. He believes that Canadian authorities should stop ignoring the situation, and should work on creating a legal framework for Kahnawake online gambling sites in Canada.

The issue is coming up now, after all these years, because Kahnawake gambling groups are now seeking to be added to Britain’s “white list” which would allow them to specifically target players in the UK, advertising their online brands in the country. The British minister in charge of the decision has turned to Quebec for advice.

This year, Quebec authorized Loto-Québec to offer online gambling services, so their attitude towards online gambling is apparently quite open, but no word has been released regarding their response to Britain’s request for clarification about the legality of Kahnawake internet gambling.