In preparation of the World Cup next month, police in Hong Kong have set up a task force to combat illegal sports 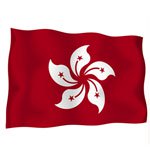 In preparation of the World Cup next month, police in Hong Kong have set up a task force to combat illegal sports betting. The task force is being created as a cooperative effort between local police and the Organised Crime and Triad Bureau.

Even though sports betting and internet betting in Hong Kong are extremely popular, it is hard for punters to find places where they can place bets legally. Football betting in the country is allowed, but only through the official Jockey Club, or by taking part in a weekly government-run sports lottery. Despite this, underground bookmaking operations abound, and work hard to avoid detection.

Even though Hong Kong police cannot go after foreign internet sportsbooks, they will still be keeping an eye on internet betting activity over the next weeks, especially as the World Cup gets underway. By watching these online sites, police hope to catch the local bookies who work with them.

It has been estimated that 100 million Hong Kong dollars ($12.9 million) has been wagered through foreign internet gambling sites during the last year. Hong Kong authorities are working hard to raise awareness of online gambling operations among local police, teaching them what to look out for. At the end of the day, these websites will always be around, and players will continue to use them – the only people who might face legal trouble are the go-betweens who work for the sites, trying to entice local bettors to place their wagers on the internet.