Corruption in cricket clearly not due to Indian gambling

In cricket-mad India, gambling was cited as some as the main reason for the recent corruption scandals that rocked the game. 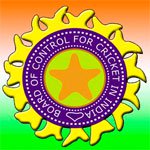 In cricket-mad India, gambling was cited as some as the main reason for the recent corruption scandals that rocked the game. However, it would appear that Indian citizens have little influence over such events, as reported by the Economic Times of London.

Within the piece, William Hill spokesman Rupert Adams stated that his company can make £4 million on one IPL series alone. The overwhelming majority of these bets are placed online rather than at an actual physical bookmakers’ shop. And while one might suspect that many of these bets are coming from India, some 80 percent of William Hill’s online IPL action comes from residents of the United Kingdom.

That may not even be relevant, as Indian gambling laws are quite vague when it comes to internet betting. Technically it is utterly illegal to play casino games or bet on sports in India under terms of The Public Gambling Act of 1867, which penalizes those “found in a gaming house.” Another law states that it is illegal for an Indian resident to send money overseas to participate in any sort of gambling from lotto tickets down.

This second law would appear to be unenforceable, however, and extant law does not provide regulations at all for the Internet sector. Since no law directly addresses the spending of money by Indians at casinos owned by non-Indians in foreign countries, current law enforcement tends to look the other way on online gambling now.

If certain matches were fixed in Indian cricket, it is a national shame. But accusations should definitely be levied elsewhere. After all, most of the money wagered on IPL isn’t Indian in origin, and the Indian money that is out there is going to foreigners.