PokerStars Playing It Safe With Launch of StarsCard from SafeCharge

News >PokerStars Playing It Safe With Launch of StarsCard from SafeCharge 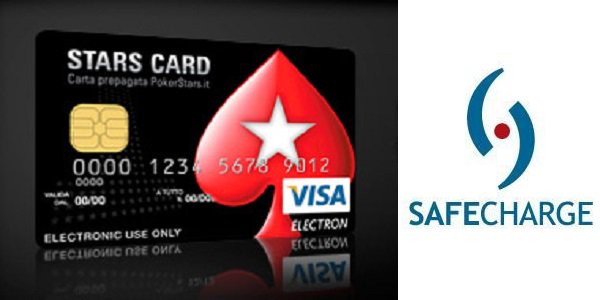 Payment solutions provider SafeCharge has divulged that it has implemented a new kind of MasterCard called StarsCard. The MasterCard is prepaid and is a PokerStars brand. It will allow its players who use PokerStars’ play online poker in the UK to withdraw and deposit directly to their bank account. The StarsCard may be used where MasterCard is usually accepted. It comes with a web and mobile account option too that can be funded by vouchers from retail stores, bank transfer or a debit card.

The SafeCharge-PokerStars deal will be implemented in the UK only, under UK gambling laws for now. However, there is also an Italian Visa StarsCard version, where SafeCharge will manage the prepaid MasterCard payment solution for PokerStars players. The card has been at the public’s disposal as of April 16 and will be extended to the international online gaming market in the future.

SafeCard will provide a single point of deposit for PokerStars cutomers

According to UK gambling news, analysts at Numis Securities were happy about the introduction of the new payment product. They said that the gaming transactions by PokerStars customers would be “cheaper for both PokerStars and the player than some alternative payment methods” although “it will take some time to see if the product will be a success”.

Numis believes that since Teddy Sagi, Playtech founder and shareholder, is SafeCarges’s majority owner, it means there no direct relationship shareholder link with PokerStars and so the latter is not just in it for themselves. SafeCharge added that StarsCard gives PokerStars clients the opportunity to have a single point of deposit as well as “additional features for cashing out, spending and sending money to friends and family”.