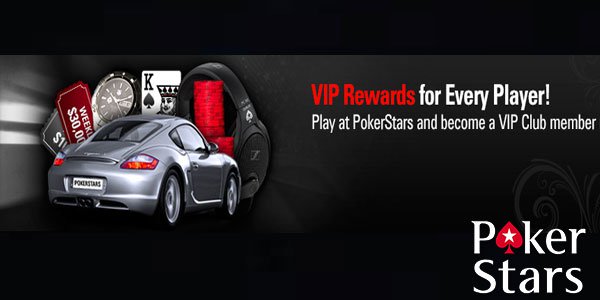 PokerStars‘ VIP Club Live promotion will host 4 parties in 4 different countries. For the first time ever, there will be new sporting events and Team Pro activities hosted by PokerStars for players. The 2015 parties will be held in Amsterdam, Netherlands on March 7, followed by another in Sofia, Bulgaria on May 23. Athens, Greece will host parties on September 5.

The last party for 2015 will be held in Florianopolis, Brazil on November 14. Each party is open to PokerStars’ SilverStar VIPs with their guests, and includes an open bar, food, entertainment, activities and opportunities to meet members of Team PokerStars. Among them are those who play online poker in the UK
, for Pokerstars are where champions are born, and you could be next.

Apart from these worldwide festivities host by PokerStars, the VIP Club Live schedule will feature more treats such as mega sporting events. This will include VIP seating to see the biggest top-flight football matches with possibility to do some online sports betting and exclusive tickets to premier tennis events. Members of Team PokerStars Pro will also host a variety of special activities for PokerStars VIPs in 2015. VIPs will be given a variety of opportunities to meet with Team PokerStars Pro members.

The first Team PokerStars Pro-hosted event will be on February 19 in the UK, with a private dinner hosted by Jake Cody and Alex ‘Kanu7’ Millar, in Birmingham. More events will take place across the globe and will be announced throughout the year. Players can reserve their places to all events by buying a ticket in the PokerStars VIP Store under UK gambling laws which allows that. Tickets will be on sale approximately five weeks in advance, for each event.