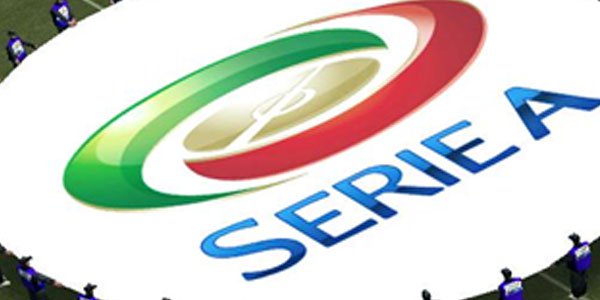 Check out the rest of our preview about this weekend’s games in the Serie A which will reward you with great football and many betting chances.

Don’t miss out on any of these matches form the Italian top flight that promise to fulfill your weekend gaming ambitions. Cesena will play against Lazio but judging by the recent performances they don’t stand much of a chance against a team that is located in 4th place.

Torino will go head to head with Sampdoria while Udinese will face a tough test against current defending champions Juventus, according to Italian gambling news. And finally we will also take a look at the clash between AC Milan and Parma which will take place at the popular San Siro and will hopefully add an extra incentive for the Rossoneri to win.

Cesena vs Lazio and Torino vs Sampdoria

Lazio are currently in 4th place and they are trying hard to break into the top 3 so that they can qualify for big European matches next season. They maintain 34 points from 20 games and have an obscure away record of 3 wins, 4 draws and 3 losses, stats that are not at all convincing however luckily for them they will play against Cesena which is located in 19th position.

Torino, who are now in 13th place with 25 points, are set to play against Sampdoria at home. Although they are familiar with their own ground, the team wasn’t able to capitalize on that aspect as they only managed to win 3 times, while the rest of the games ended in 2 losses and 5 draws. However, even still Italian mobile betting providers have identified them as favorites 2.05 (12/11) for the upcoming match.

Sampdoria are in a far better position than their counterparts as they occupy the 5th spot. Over the last 5 games they have achieved 2 victories, 2 draws and 1 loss, however many football experts believe that they should have done better considering the teams that they played at times. Bet365 has assigned them odds of 4.20 (16/5), while a draw stands at 3.10 (21/10). With the arrival of striker Samuel Eto’o they should start performing a little better from now on.

AC Milan vs Parma and Udinese vs Juventus

AC Milan will try to redeem themselves when they play against Parma this upcoming Sunday evening. Their last game ended in a draw when they faced AS Roma away, however now they will have home field advantage to capitalize on. They sit in a low 11th position and maintain a record of 4 wins, 2 draws and 4 losses while playing at the San Siro.

Fortunately for the Rossoneri, Parma are the last team in the league with a meager 9 points to their name. They only sealed 1 win while playing away, while all the rest of the 8 games resulted in a loss. Bet365 has therefore decide to award AC Milan favorite status with their odds being 1.53 (6/11). The most that Parma can hope for is a draw 4.00 (3/1), however that doesn’t seem likely given that they have never tied while away from home.

The current leaders of Serie A and champions of the last 3 years have performend splendidly all season long. Some have raised doubts over the appointment of Massimiliano Allegri as the new manager of Juventus, however he has quelled any concerns with his great contribution to the Turin side. They will next play against Udinese away, however many online sportbooks in Italy are certain that the leaders will go back home with a win.