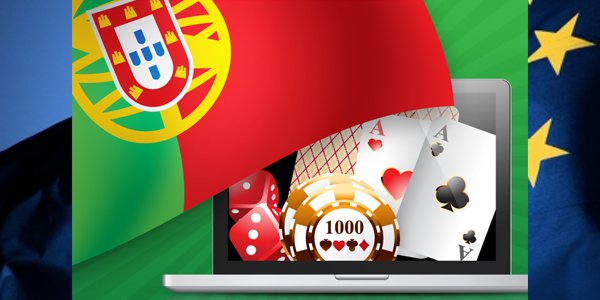 With numerous economic opportunities associated with online gambling, Portugal is aiming to bring the massive business to their country.


Although the Portuguese government initially scrapped plans to legalize online gambling in its country last December, in June it has opted to push forward for the deal. Now, Portuguese officials that have been tasked with making mobile betting a reality have submitted a revised bill to the European Commission to bring a verdict.


The government plans to make full use of the new business venture by implementing a large tax structure where millions in annual revenue have been projected. The Technical Regulations Information System (TRIS) of the EU Commission received the amendment of the bill and expected to come up with viable options imminently.

Many government departments stand to benefit from online gambling

• Including State, six departments will see benefits from the deal

• RGA assures that the change will help improve the market

Under the new conditions that were added to the bill, a 15% tax on Gross Gaming Revenue (GGR) up to EUR 5 million will be levied on games of chance. Additionally, an 8% tax will be charged for online sportsbetting stakes up to EUR 30 million.


Amounts that happen to exceed these figures will be modified according to a tax formula looking to be 30% for games of chance and 16% for online sportsbetting. Many government departments stand to benefit from the new gaming enterprise, as taxes from revenues will be directed towards them.


The State is set to receive 2.28%, while the Ministry of Solidarity, Employment and Social Security is looking to have the biggest share, with a massive 34.52%. Presidency of the Council of Ministers will get 13.35%, Ministry of Health and Ministry of Internal Affairs will receive 16.44% and 3.76% respectively.


Lastly, the Ministry of Education of Education and Science will get a modest tax contribution of 1.49%. Overall in addition to the State, there are a total of five Portuguese government departments who are set for a sizeable inflow of funds, once the bill passes all regulations and the business of legalized online gaming commences.

Portugal’s long-standing gaming provider is worried about their future

Not everyone is thrilled about the possibility of a regulated internet gaming market. The most distinguished gaming operator in Portugal, Santa Casa da Misericordia (SCM), is highly opposed to the introduction legalized online gambling sites in Portugal.


The Remote Gambling Association (RGA) doesn’t view the likely increased competition in the online gaming market as a threat to Santa Casa, but rather a long-term benefit to both the company and society at large. RGA “believes that a viable and competitive market in the future would benefit not just consumers and the government, but Santa Casa as well.”


The Association also highlighted that current monopoly betting providers have experienced far better results with the new licensing regulations in many other European nations. For instance Denmark thrived under the newly released laws, while the RGA also stresses that there should be no fear of operator’s offline sports betting service ending.


Chief Executive of the RGA, Clive Hawkswood, commented that despite Santa Casa’s growing concerns they need not worry about the change, but instead welcome it. “I completely understand why Santa Casa, which is such a highly respected institution in Portugal, would have concerns about a fundamental change in the betting market.”


He continued by explaining the efficient system that will be set in place and actually help them in different ways. “However, we genuinely believe that its fears are not well – founded and that an online betting market with a reasonable tax regime based on gross profits would present it with a huge opportunity.”


Taking into consideration how other countries have performed with online gambling in Europe, it is easy to see why Portugal is finally pushing strong to see the business introduced to their local market. Bets on sports, casino games and other sorts of gaming pursuit are becoming very popular online and the time to get it on the deal is now.