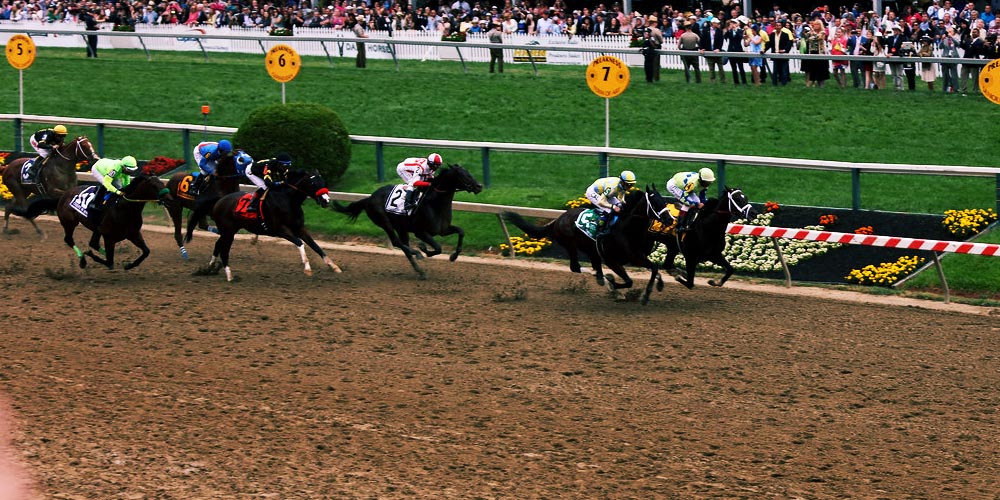 Preakness Stakes is the second leg that makes up the Triple Crown of the horse racing in the US. Even though the event is American and there’s little to no international participation in the game, it’s one of the most exciting races for the bookies all over the world. This year, the race is going to take place on May 16th, which means you still have plenty of time to check out the Preakness Stakes 2020 betting odds.

The Preakness Stakes has the second-biggest audience in the US as a horse-racing event, only after the Kentucky Derby. Even though the famous derby usually overshadows the race, it only helps the Triple Crown’s popularity to grow as a whole. The audience for the Preakness Stakes was over 140.000 last year, setting the record of its history.

What is the Preakness Stakes?

The first run was in 1873, in Maryland and has been taking place there ever since. This year’s going to be the 145th occasion of the race. The residents of Maryland usually refers to the event as “the race of the black-eyed Susans”. The winning horse is supposed to be draped in Maryland’s symbol, flower black-eyed Susans. However, in the history of the race, not one black-eyed Susan was used. The organizers usually use other similar yellow flowers and paint them to resemble the real one.

The Preakness Stakes is held two weeks after the Kentucky Derby and three weeks before the Belmont Stakes. It is a Grade I thoroughbred horse race that runs over 1 3/16 miles. There are 14 spots for the race and the top 5 horses of the Kentucky Derby will automatically qualify for Preakness Stakes. The prize purse for the event started at 1000 dollars in 1873. Since then, it has been increasing along with the size of the audience. The minimum ticket for the event costs around 60 dollars which is pretty low considering the other races’ tickets. The prize pool has increased last year from 1.000.000 dollars to 1.500.000 dollars.

In order to know the lineup of the Preakness Stakes, you should pay attention to the Kentucky Derby. The Preakness Stakes 2020 bettings odds are usually very similar to the Kentucky Derby odds. Considering that the race is for the three-year-old thoroughbreds as Kentucky Derby, it’s only natural for there to be overlaps. The online gambling sites in the USA have started drawing up the betting lines. Below are the top 5 favorites of the Bovada. You can check out odds here at Bovada Sportsbook.

Anneau d’Or was a runner-up after the Storm the Court in the Breeder’s Cup Juvenile last year. He has missed his chance to enter the Preakness stakes last year. This year, the trainer Blaire Wright is determined to not only enter here, but also to take the Triple Crown home. He said that he’s taking a different approach than last year where he was shipping the horse state to state to collect enough points. This year, he’s focusing on the races at home and trying to keep him as fresh as possible for the Crown races.

Son of Tiznow, Dennis’ Moment is definitely one of the favorites in the Preakness Stake 2020 betting odds. Even though his performance was a bit disappointing in the Breeder’s Cup, he has proved himself capable of the Cup afterward. He has stumbled and finished at eighth in the Breeder’s Cup Juvenile. Despite this upsetting record, his trainer Dale Romans is confident that he would just breeze through the Preakness Stake. He has already qualified for the Kentucky Derby by now, and if he can finish at the first five spots, he’d earn a right to race in the Preakness. However, we should keep in mind that racing at as competitive races as these two with just two weeks break between them is pretty hard, to say the least.

With a season-high 22 points, the son of 2011 Breeders’ Cup Mile winner Court Vision is on the first place of the leaderboard. Some say that he’s just a fluke. That’s mainly because of his history of 45-1 in the Breeders Cup Juvenile in Santa Anita. Even though the bookies are doubtful about him in the Kentucky Derby, he’s now at the top of the list of Preakness Stakes 2020 betting odds.

Even though Maxfield has gone through some medical difficulties this year, he still has a place in the favorites’ list. He has gone under surgery after his participation in the Breeder’s Cup Juvenile and got his ankle chip removed.  The surgery is considerably simple and seems to have left no career-ending harm for Maxfield. However, since he is such a young horse, there’s a chance that this incident might have inflicted fear on him.

Another favorite of the Preakness Stake 2020 betting odds, as well as the Kentucky Derby, is the Enforceable. Even though he’s making his debut in the Triple Crown this year, the online sportsbooks in the US are pretty hopeful about him. His trainer Mark Casse has been racing him in big tournaments from a very young age. Thanks to that, he has maturity and experience that most of his competitors lack.

You can check out more about these odds here at Bovada Sportsbook.