Predictions of Possible Partnerships in Pennsylvania For Online Gambling 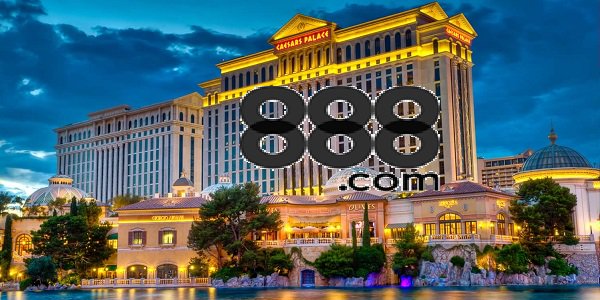 Caesars could extend its partnership with its online platform provider 888 holdings, currently in Nevada, Delaware, New Jersey to Pennsylvania.

There are quite a few online casinos in the US who are keen on getting a license in Pennsylvania (PN) if the legislators ever get around to passing the online gambling bill. Well, everyone’s keen except Sheldon Adelson of course, who is a die-hard advocate against online gambling.

Pennsylvania, which already has land-based casinos would happily reap the benefits from iGaming, if interstate deals are reached to allow online gambling. For the moment though there are speculations on who actually has their eyes set on potential partnerships in Pennsylvania.

If we take Parx Casino for example, it was rumored that Bwin party would enter into a partnership with the prominent Pennsylvania casino. However apparently it is not true as GameAccount Network, Parx’s current partner has denied it.

It’s almost a done deal between 888 Holdings and Caesars

Then there is Harrah’s Philadelphia Casino and Racetrack owned by Caesars, which is already an icon working with U.S. iGaming companies. Of course bets are on that Caesars will advocate for interstate online gaming to be an option, with 888 Holdings, as the latter already manages Caesars’ online gaming sites, in Nevada and New Jersey. Caesars’ almost done deal will certainly cause rivals from most other PA casino properties to raise hackles.

Possible rivals could be Mohegan Sun at Pocono. It already offers a wide range of online betting facilities , some of which are powered by Bally Technologies. Also Mohegan manages Resorts AC, which works with online gaming giants such as PokerStars and NYX. Moreover Bally Tech already provides online gaming for Mohegan Sun in Connecticut.

As the freeplay online casino options at Mohegan Sun properties are already being used as a marketing strategy to help promote the land-based casinos, there would be no reason not to extend the partnership to Pennsylvania, if real money online gambling is legalized.

Bally Tech also powers Golden Nugget in Atlantic City so a smooth transition from ‘player acquisition tool to a revenue generating vertical’ is possible. What would be worth observing though, is if they would go so far as to implement online US poker rooms, in addition to their casino rig. Then they could link up with the Mohegan Sun Pocono, should the two states agree on an interstate deal.

Some say that Rush Street Gaming (RSG) which owns SugarHouse Casino in Philadelphia and Rivers Casino in Pittsburgh may want to in on online gaming in PA by just using its iGaming license, which would work under US gambling laws, it seems. Furthermore, an iGaming company may want to partner up with Sugarhouse and Rivers, if the Rush Street isn’t the software platform the casinos use.

Its also believed that PokerStars may also have plans to pierce Pennsylvania with some online poker. There is no telling if this will affect the truce that Caesars and PokerStars just arranged. What is known though is that PokerStars likes to form its partnerships early on in the process as it did in New Jersey (NJ) and California.

We may have to wait to see how things turn out in New Jersey in the upcoming months. If they cant get licenses in NJ then that alone might scare potential iGaming partners in PA away. While these are just speculations operators are hoping that Pennsylvania’s legislators will pull out a wild card and grant gaming fans a chance to play online in the state. Whether this will work out is any gambler’s bet!