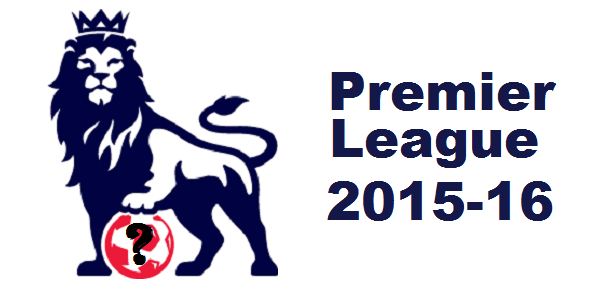 GamingZion analyzed the chances of the Premier League teams before the 2015-16 season.

Many of those, who bet on sports in the UK expect that the 2015-16 Premier League season’s title race will feature two teams, reigning champions Chelsea, and Manchester City.

• Arsenal a striker away from title race
• Man United to win through possession?
• Rodgers’ last chance

However there is an incredibly strong Arsenal side in the mix as well, and Louis van Gaal’s magic might also start to work up there in Manchester. Since all four teams have their own problems regarding their squads – a quality goalscorer would be more than welcomed at each outfits – this might be a lucky year for the Gunners or the Red Devils. Liverpool is considered as outsiders in this group, but they might fight for a place in top 4.

Arsenal Premier League preview: Is there a striker out there?

Arsenal had two key needs ahead of the summer transfer window: a top-quality goalkeeper and a world class striker. Fulfilling both of them would make the Gunners title contenders at once without question, since the other departments are well equipped for a title challenge. However, Arsene Wenger brought in only a world class goalkeeper in Petr Cech so far. While the Czech international is surely an upgrade to the team, they still need a prolific striker to transform the team to possible champions. They also have some time to get one before the transfer window closes on 2 September.

Even Mourinho said Arsenal should be contending this year

So, this is one of the occasions again, when we can say that this could be Arsenal’s season. They showed again in the Community Shield, beating Chelsea 1-0, that they are capable of defending against a quality opponent. And the creative section of the team can break down lesser sides easily. All in all, Arsenal can be in contention, and the excellent online betting site, Bet365 Sportsbook ranks them as third favourites to win the Premier League title. They are available at 4.5 (7/2)

Manchester United Premier League preview: Can I play with 11 midfielders?

Louis van Gaal faced similar problems to the ones Arsene Wenger had before the summer transfer window. The difference is, that the problems at Old Trafford are completely unsolved yet. The goalkeeper situation is still a mess, as David de Gea wants to go to Madrid. Van Gaal has yet to bring in a goalscorer after Robin van Persie, and the pretty much useless Radamel Falcao has departed. And besides, he needs to strengthen the heart of the United defense.

van Persie will be truly missed, United have trouble on quite a few positions

Well, looking at the Dutchman’s footballing philosophy, it is understandable if he sees Dailey Blind as a viable solution as a central defender. Possession-based football is expected from United again, and according to the Ajax/Barcelona-style, the main job of the centre back is to maintain possession. So the keeper has to be good with the ball on his feet as well, and a striker is also needed with a good understanding of the game. That might be Wayne Rooney, but a quality backup is still needed.

The midfield has luxury options with the arrival of Bastian Schweinsteiger and Morgan Schneiderlin, so maintaining possession, even against the strongest Premier League sides seems to be a reasonable plan. online sportsbooks in the UK consider Manchester United’s top 4 finish as a sure thing – 1.25 (1/4) at Bet365 Sportsbook –, but their title victory would be a surprise. Their success is priced at 6.00 (5/1).

”Steven my boy, what am I going to do without you?”

Liverpool supporters might be relaxed as their team finally got rid of Raheem Sterling after a really tiresome transfer saga. Moreover the Reds were able to strengthen their creative and goalscoring departments by bringing in Roberto Firmino, Christian Benteke and James Milner. Goals are expected in Liverpool games at both ends, since the Anfield outfit’s problems still lie in defense. They could use a class centreback, and if Brendan Rodgers really wants to break into top four, he needs to acquire one.

Rodgers was almost sacked last season, but he has got another chance. He transformed his coaching staff and now he has a team that is as considered fully his, as the Steven Gerrard era finished. This will be a make or break season for him, and according to sites offering internet betting in the US, Rodgers is the favourite to lose his job first amongst Premier League managers. However, Liverpool also have a considerable shot at top four, but to achieve that, they might need one or two rivals to underperform. Bet365 Sportsbook
While Arsenal and Manchester United are considered as potential title contenders, Liverpool are clearly outsiders regarding the Premier League trophy. Their success is priced at 29.00 (28/1) by Bet365 Sportsbook. In the next piece we will discuss the sides who could fight for European football in the 2015-16 Premier League season, including Tottenham, Southampton and Everton.