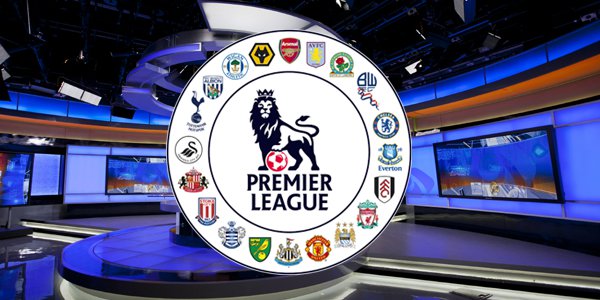 Premier League teams’ revenues from broadcasting rights have increased significantly thanks to a new deal.

The Premier League season has come to an end, providing fans and punters betting under British gambling laws with a new champion. But let’s take a look at the financial results of the teams themselves.

Before the start of the 2013/14 season a brand new broadcasting deal has been struck. It resulted in a significant increase in revenues for the Premier League clubs. This actually triggered an increasing interest in betting on the teams listed on the stock exchange.

Such spread betting is becoming more and more popular at land-based and online sportsbooks in the United Kingdom.

• New deal has been signed with the broadcasters before the season

The big guns playing in the Premier League have lots of ways to make money. Broadcasting rights is only one of them. The clubs generate profits on season tickets, commercial deals across the world, merchandise, and more. And of course, some of the British teams enjoy bottomless pockets of their foreign owners, giving them a bigger wiggle room when it comes to spending.

Moreover, the recent figures published in British gambling news, reveal that the market is nowhere near saturation, with more money to be made for the clubs. All of this season’s participants in the Premier League have made more money during the 2013/14 season than a year before that.

The main source was the brand new 3-year deal with Sky and BT Sport. The broadcasters had to shell out over GBP 3 billion for the rights to have the Premier League games on their program schedule. Naturally, foreign TV broadcasters are also paying to show the games live and in record to their international audiences.

Sudden windfall of TV broadcasting rights money had some unexpected results on the teams’ financial performance. Last season, Manchester United celebrated victory and collected GBP 60.8 million for it. But this year Cardiff finished last and got GBP 62.1 million, more than the previous champion.

It clearly paints the picture just how much money broadcasters are willing to pay to provide live Premier League matches to their clients.

We all know that Manchester United suffered one of the worst seasons in history, after Sir Alex Ferguson left his post and David Moyes was appointed, only to be sacked 11 months later. The Red Devils have not made it into the European Cups for next season, finishing in seventh spot. However, Manchester United have made GBP 89.1 million from TV rights, much more than last year for being the champions.

Interestingly enough, the new champions, Manchester City, weren’t the top earning team when it comes to broadcasting revenues. Liverpool made the most money, as their games were broadcasted 28 times during the season, more than any other participant of the Premier League. But it’s hardly a consolation for the Reds who have missed on the title yet again.

Well, the Reds were televised 28 times, while Stoke City’s performance could only have been seen seven times on TV. Cardiff and Fulham, the teams who are leaving the Premier League now, were televised 8 times.

As for the top six teams, there’s actually a big difference in the number of times their games were televised. Tottenham, who placed 6th, were on TV 24 times, while Everton, who placed 5th and made it to Europe for next season, have only enjoyed 16 times on air.

This example clearly shows that there are many factors determining who will be broadcast on TV more often, and not just the placement in the Premier League table. These and other factors have to be considered by punters, wishing to bet on financial performance of the Premier League teams in the future.