Each season, Premier League teams fight to finish in the top 4 as Champions League qualification is at stake. BetVictor has presented 10 top contenders. But how do the teams placed on the bottom of their Premier League top 4 predictions measure up? Teams such as Everton, Leicester City, Wolverhampton Wanderers and Watford all stand a chance. But will they cause big upsets this season? 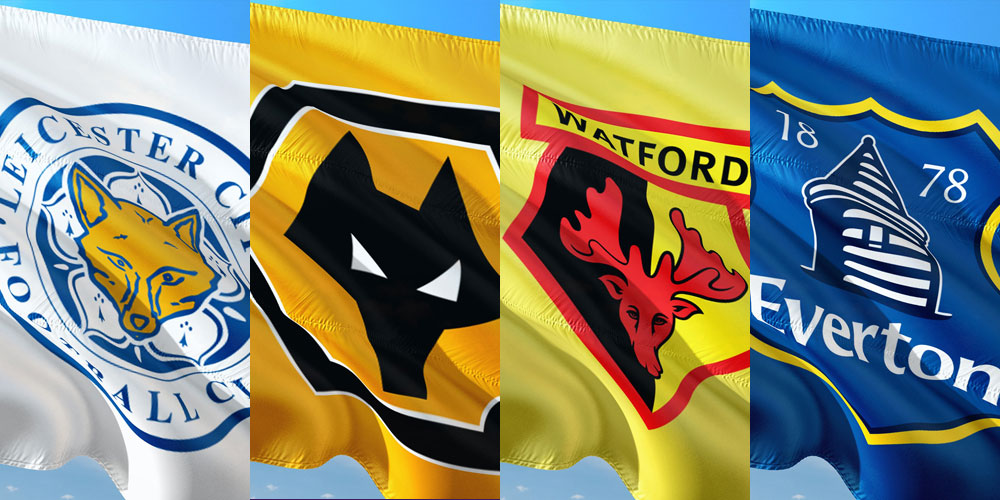 Every fan dreams of their team qualifying for the Champions League, the continent’s most prestigious competition. The likes of Manchester City and Chelsea are common favorites, but the following teams should also be put into consideration:

Leicester City currently has good odds and with their current statistics, they have the potential to finish in the top 4. The Leicester team shocked the league as underdogs who went on to win the league in the 2015/16 season. They ended a 136 year drought and walked away with the title and most importantly, Champions League qualification.

However, their following seasons didn’t correspond well as they finished outside the top 5. But they have shown signs of improvement and are slowly working their way up to the top of the table. According to online sportsbook news sites in the UK Their current statistics are:

Wolverhampton Wanderers are one of the least favorite clubs to finish in the league’s top 4. But they currently have the best odds out off the underdogs and are not far off the top 4. Before promotion, the club enjoyed success in the lower tiered leagues.

The club has shown the determination to make a name for themselves amongst the top teams in the league. With 18 games remaining, they have the ability to catch up and finish in the top 4. This what their current campaign looks like:

Underdogs Watford seek to redeem themselves from previous seasons

The Watford football team is another underdog that BetVictor has named for their Premier League top 4 predictions. They have goods odds with the same chances as Leicester City and are just behind behind Wolves. They don’t have the best record in the previous 3 seasons having finished outside the top 10.

But with their current run, they have the potential to work their way up and even establish themselves as top 4 contenders. 20 games in, the team has already picked up honorable mentions such as Manager of the Month (August). Additionally, two of their players – Abdoulaye Doucouré and José Holebas – are contending for top assists of the season. The clubs current statistics are:

Everton looks to make the biggest shock and surpass its odds

The Liverpool club is another contender looking to finish in the top 4. However, they don’t have the best odds, they have the potential and like any other, the desire to qualify for the Champions League.

The club is sitting in the middle of the table and have dropped a lot of points in their 21 games played. But the players are more than determined and two of them – Richarlison and Gylfi Sigurðsson – are current contenders for the season’s top scorers. Their current form looks like:

Everton still have time to turn the tables. Despite their determined players, it might have to come down to the performances of the the teams above them.

All the following teams have shown that they have the potential, statistics and determination to finish in the top 4. They have passed the halfway mark of the season and they might have to work harder than the likes of Tottenham and Arsenal. But any slip-us from the top contenders could pave a way for the underdogs.

Not yet a BetVictor member? Check out our latest review about BetVictor, register today, and collect their welcome bonus!