Prepared for the new season of the German Handball Bundesliga?

News >Prepared for the new season of the German Handball Bundesliga? 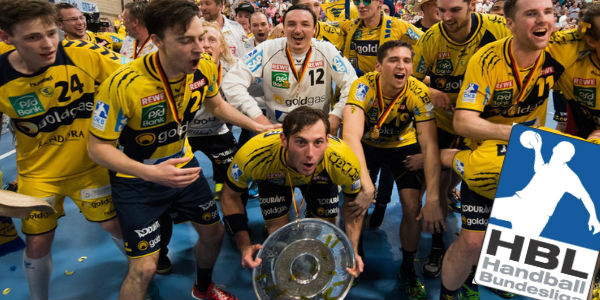 The 2016/2017 struggle between Rhein-Neckar Lowen, Flensburg Handewitt and THW Kiel may begin.

The start of the German Handball Bundesliga (HBL) is practically a start of the handball season in Europe. The 50th edition of the strongest handball league in the world brought us a new champion, the Rhein-Neckar Lowen. Will this, 51st one do the same? That is something that online sportsbooks in Germany are currently proposing at least as plausible when they give absolutely equal chances for the Champion title to the three big favorites: Rhein-Neckar Lowen, SG Flensburg Handewitt and THW Kiel.

A bit of history of the HBL

The story of the best handball league in the world dates back to 1966, when the reform of the handball tournaments from the period was being realized in West Germany. Due to this reformatory act two separate handball divisions were formed: South and North. They were united in 1977, forming what we now know as German Handball Bundesliga.

As it was the case in the past years, 18 clubs will again compete for the prestigious title Champion of HBL. As never before the rivalry between the three favorized teams is at the highest possible level. Needles to remind that the record holder when the champion’s titles in the German Handball Bundesliga are concerned is the powerhouse THW Kiel. THW Kiel is on the top of this list with 20 titles, followed by Vfl Gummerbach with 12 and TV Grosswallstadt with 6.

The transfers for this HBL season

The transfer market this year has been as active as always. Although no spectacular buys were made, some considerable movements of players that migh make a difference in the upcoming HBL season are worth noting. A peculiarity with this year’s HBL transfers is that all top teams have considerable changes on the wing positions. Nikolaj Jakobson, for instance, strengthen the squat of the current german champion with two wings: one that have already defended the colors of the lions, Gudjon Valur Sigurdsson, coming back from FC Barcelona and the other one Dejan Manaskov, replacing Uwe Gensheimer and coming from macedonian Vardar Skopje.

• Rhein-Neckar Lowen to defend the title

After the leave of Dominik Klein THW Kiel also found a new winger in the Austrian Raul Santos coming from Gummersbach. Zeitz return to team after the Veszprem excursion, while the young Lukas Nilson will try to show his full potentials replacing Joan Canellas who departed to Vardar Skopje. Flensburg, on the other side will try to find a proper replacement for their long-time winger and penalty specialist Andres Eggert, in their own squads. Eggert returns to Skjern after a showrt loan in the season 2008/2009.

The favorites and the prognosis

All of you who like to bet on sports in EU are already looking the betting odds for the HBL champion this year. Things here haven’t changed drastically in comparison with the last two years. The three clear favorites are Rhein-Neckar Lowen, THW Kiel and Flensburg Handewitt with very small chances of the other teams to be placed on some of the first three positions. However, the big difference is that unlike in the years of domination of THW Kiel, the DKB Handball Bundesliga is from the last year far more uncertain concerning the champion.

It is not just about their mutual encounters. Just one defeat from the smaller teams can mean losing precious points that can in the end decide the title. Kiel will definitely try everything to return the title in Schleswig Holstein. In the season 2010/2011 they lost the title after 6 years of consecutive domination by Hamburg. They returned it back and started another cycles of 4 years reigning the HBL. Will something similar happen again? It is difficult to predict.

On the other side Ljuba Vranjes’s Flensburg will again attack the throne for their second ever title in the German handball Bundesliga. As internet betting sites in Spain stress, they did a miracle three years ago with the win of the European Champions league title. Winning the HBL should not be an impossible engagement either. They can, and they already demonstrated that. The question that every handball fan asks is whether the lions from Mannheim can resist this year’s attacks by Flensburg and Kiel and prove their title last year was not just a happy coincidence?