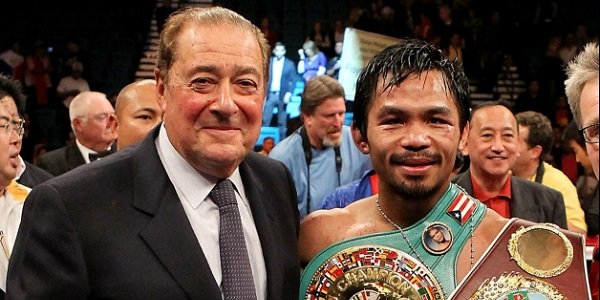 Promoter Bob Arum represents multi-division champion Manny “Pac-man” Pacquiao. He tends to pride himself, not on his ability to create large purses, like the upcoming $300 million “fight of the century” known to US gambling news, but to bring to the public good fights. Unlike Don King, who made the same claim, Arum’s actions have tended to be more consistent with his words.

• Fight promoter Bob Arum compares Mayweather to Emperor Jones
• Mayweather insisted on many of the conditions for the upcoming bout
• Mayweather displayed many qualities seen in “control freaks.”

In a recent interview with Arum, he said that he expressed difficulty in dealing with Floyd Mayweather Jr. by calling him a “control freak” who insisted on having everything done his way. Also Arum compared him to the “Emperor Jones”, a character from a 1920 play written by Eugene O’Neil. It is known in U.S gambling news the years it took to make the Mayweather Pacquiao a reality.

“I don’t think anyone would deny that Floyd is a control freak,” said Arum. By definition “control freaks” tend to feel if they can change a few things about themselves or a situation, they’d be happier. Mayweather came to the negotiating table, but without his own list of demands which could easily be seen as “adjustments” to make his life easier.

Micromanagement is also a part of being a “control freak.” Mayweather’s decisions becoming reality occurred because of everyone’s desire, including punters using online sportsbooks in the US, to keep the upcoming bout alive until May 2nd. Decisions made by “control freaks” are often unrealistic. It wasn’t wrong to request going to the ring second, the locker room or more of the purse, but asking for all that might be much.

Mayweather first contract sent by Golden Boy Productions to Top Rank was an 8-page agreement had many of the same details that the current one. It wasn’t long before that contract and the fight was derailed. Mayweather was able to withhold his involvement unless his conditions were met and after six years, everyone is given in to his requests. Mayweather had forced his terms and has exhibited control of this event.

It must be said that Mayweather didn’t completely get his way. Mayweather wanted more rigorous drug testing after he accused Pacquiao of using performance enhancing drugs. After some time deliberating in court for charges of slander, Mayweather saw the light and apologized. The current conditions of the fight state that both fighters will receive routine drug testing before the fight and will be tested after the bout.

”The Fight of the Century” stars Floyd Mayweather as Emperor Jones

Arum was able to describe Mayweather’s sole concern with money, fame and power by simply stating “if you want to understand Floyd read Emperor Jones.” It was not only Mayweather’s desire to have everything go his way that made Arum suggest parallels to the fictional character, but Mayweather’s decadent lifestyle and inner contempt for authority.

“Emperor Jones” is a play about Brutus Jones, a street smart guy who worked as a Pullman Porter along trains in the U.S. He killed his friend over a game of dice, inconsistent with US gambling laws and escapes from prison. Mayweather lived in a rough environment in Southwestern, Michigan and had to be “street savy.” Mayweather’s escape from his background mirrors Jones’ escape from prison.

Brutus Jones, while trying to outrun the law, stowed away on a ship and went to an island, where he conned his way into making the islanders believe he was a their emperor. Mayweather having already achieved success, decided he wanted to control his own management and started his own company. This action is similar to Jones when he made himself ruler of his own kingdom.

Mayweather has made himself synonymous with “money” and demonstrated this attitude through spending a fortune while constantly marketing himself. Mayweather fans could be the natives that Jones took money from and used for opulence. Even Jones had an escape plan as does Mayweather announced his retirement after two bouts. The only similarity not seen is the stolen money Jones put in a foreign bank and the revolt by the natives driving him away. Keep in mind, Mayweather’s story isn’t over.