RGA vs OPAP – the saga continues. 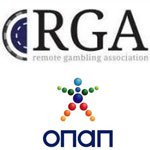 The row over Greek plans to maintain OPAP’s gambling monopoly is not about to subside, as the EU receives complaints about the government’s plans to extend the offline monopoly to online operations.

Less than two months ago the European Union Court of Justice ruled declared that the Greek gambling monopoly was illegal and demanded the country to play its cards or fold: to prove in no uncertain terms how the protection of public interest requires maintaining the monopoly or else to open the market.

Now the industry is still seeing red, with the Remote Gambling Association (RGA) complaining about the latest Greek plans to the European Commission. These steps would in effect make it OPAP’s monopoly to operate online casino games, online poker rooms or internet betting in Greece.

Although Greek gambling laws contain provisions for competing operators to be licensed since 2011, the RGA claims that “Ministerial Decisions and administrative measures undertaken prevent any operator other than OPAP from being granted a full licence.”

“We believe that the failure to offer licences for online gambling is not because of any concerns about consumer protection but is rather to ensure that from the privatisation of OPAP the Greek government gets the highest possible price for its 33% shareholding,” said RGA CEO Clive Hawkswood in a press release.

He went on to accuse the Greek government of withholding crucial information from the EU. “As recently as Friday 1 March, they made significant revisions to the draft Law and yet these have not even been notified to the European Commission,” claimed Hawkswood. Voicing the opinions of the industry, the RGA believes that the public interest would be served best if Greek internet casinos were not monopolized.

“Members of the RGA expect all operators to be offered a level playing field across Europe. No one could suggest that is unreasonable. In Greece we have OPAP’s monopoly being protected and extended for a short term gain when in the long run the Greek people will benefit from additional choice and better value if the remote gambling market is opened up,” said the trade association’s CEO.