This week, RGA, which represents the largest online casino gaming software providers and gambling operators throughout the world, filed a complaint against the new Greek gambling laws with the European Commission. 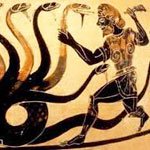 As we mentioned in article (RGA Helped Online Casinos in Denmark Win Case for Lower Tax), the CEO of the Remote Gambling Association (RGA) ,Clive Hawkswood, wasn’t blowing hot air when he promised to go after any and every EU member state which uses protectionist legislation to ensure preferential tax structure and treatment of its gambling monopoly.

This week, RGA, which represents the largest online casino gaming software providers and gambling operators throughout the world, filed a complaint against the new Greek gambling laws with the European Commission.

The complaint alleges that the new set of gambling laws are in violation of te EU State aid requirements due to a preferential tax structure for the state owned OPAP land based casinos while taxing the privately owned online casino in Greece at rates that would make a mafia loan shark blush.

The key summary of the RGA complaint reads – “Remote operators wish to obtain licenses in Greece and to continue to offer Greek consumers competitive and well-regulated products.

“However the current unjustified fiscal favoritism being afforded to OPAP makes this extremely difficult and we urge the European Commission to investigate the new legislation for being in breach of State aid rules.”

According to online gambling news in Greece, the European Commission has previously adjudicated on a State aid case alleging that Greece’s casino admissions tax regime entails State aid in favors of public (over private) operators.

It has concluded that this ‘fiscal discrimination entails unlawful incompatible aid’ and has ordered its recovery by Greece from its State-owned casinos since 1999.

The new set of Greek gambling laws was squeezed out of the Socialist Greek government with more effort than even Hercules needed to slay the hydra.

Though wounded, the hydra of socialism always manages to grown yet another head to befoul the world with the teachings of Karl Marx before burning itself out amides ruins, corpses and misery.