The Road to the Winner of CS:GO ELEAGUE Major 2018

News >The Road to the Winner of CS:GO ELEAGUE Major 2018 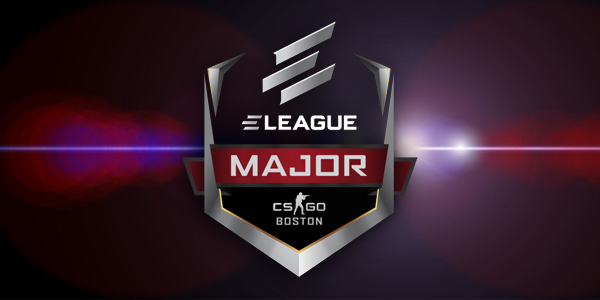 The world’s best CS:GO teams are coming to Boston to compete for their first major championship title in 2018. At Vbet Sportsbook you can bet on the winner of CS:GO ELEAGUE Major 2018.

This will be the second major championship in two years to be held by ELEAGUE featuring Valve’s popular Counter-Strike: Global Offensive. It starts with the ELEAGUE Major Qualifier on Jan 12-15, and ELEAGUE Major Group Stage on Jan 19-22 at the ELEAGUE Arena in Atlanta. The event culminates with the Quarterfinals, Semifinals, and Championship-Friday on Jan 26-28 at the Agganis Arena in Boston. Sixteen individual teams will compete in the playoffs for the title and the winner will take home their share of the $1 million prize pool. You can also bet on the region of the winner and the two teams to reach the final.

The Winner of CS:GO ELEAGUE Major 2018: Road to Boston

Eight teams (The Legends) have been already invited to LAN finals, held in Boston, after their placing in the top eight at the PGL Major Krakow. The other sixteen teams will duke it out in a bid to secure one of the remaining eight slots. Online sportsbooks in United States expect the Legends to prevail in the qualifying stage, with FaZe and SK Gaming to advance easily to the Semifinals, especially if they face lower tier teams, such as AVANGAR, Vega Squadron, or Quantum Bellator Fire.

The tournament will witness a rough challenge, with plenty of teams being among the best in the world, such as 100 Thieves known as a top Brazilian CS:GO force and placed second at the previous Major, the champions Astralis, the German squad BIG with an eye on the championship title, and Fnatic who won 3 Major titles. So even if some lower teams advance to the playoffs it will still be a difficult tournament.

Would you pick FaZe, SK Gaming or Astralis?

The Legends have so many successes on their names in 2017, making it very difficult for online sportsbooks to predict the team that will inevitably win the championship this time. FaZe sit on top of the odds at Vbet Sportsbook with 4.33, as they won ESL One New York and ELEAGUE CS:GO Premier after beating Astralis, yet the runner-up are SK Gaming who stumbled a lot in various championships during the first half of 2017, before improving significantly in the second half. SK Gaming odds stand at 4.50. Thus Astralis also could have a shot to win the championship again with odds at 7.00.

The event which is considered one of most significant CS:GO Majors worldwide, is expected to be very exciting, and with such high ranking teams waiting to have their shot on the title, only a true winner of CS:GO ELEAGUE Major 2018 will be able to capture the trophy.