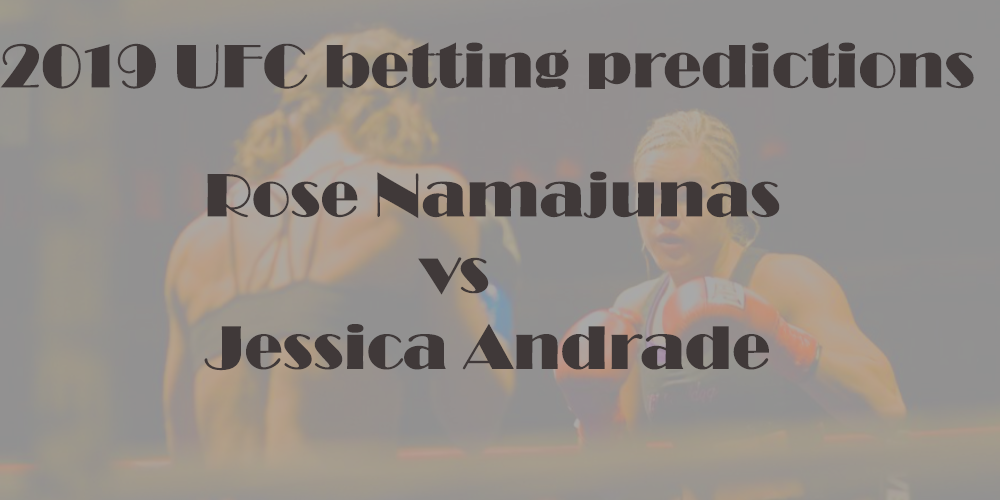 We all have been waiting for this match to be fought, haven’t we? Current UFC Strawweight Champion Rose Namajunas will defend her straw-weight title against her top contender, Jessica Andrade. Moreover, the Octagon happens to be in Brazil when she does. That means Rose is heading to enemy territory for her next title defense. Rose Namajunas vs Jessica Andrade betting predictions are open on Bet365, Namajunas is the way to go.

The upcoming mixed martial arts event produced by the Ultimate Fighting Championship is certainly going to be legendary. Rose Namajunas (2.25) is returning to the cage after almost a year of break. The women’s straw-weight fighter was on board the same bus as Nurmagomedov, the target of an attack.

Namajunas’s strength of character did not let her skip the following fight, and she defeated Joanna Jedrzejczyk for the second time in a row. Still, the accident traumatized the champion quite heavily, so she needed to take a break to get back to her true fighting mode.

Rose grew up in a tough neighborhood in Milwaukee. Not only did she witness violence far too often, but she has been sexually abused as well. Her father, a schizophrenic man, died when she was only 16. Additionally, her family immigrated from Lithuania. She must have faced difficulties with integration.

Rose found her way of coping with struggles through mixed martial arts. Also, she needed to fight her way to healthy self-esteem. What truly helped her was a lot of reading and discipline in terms of not only physical but mental preparation. Namajunas wants her experiences to be a source of inspiration for those going through mental dilemmas.

Andrade has no chance at all

Jessica Andrade (1.66) has lost only one of seven bouts since switching to 115 pounds. Even Andrade admitted that she finds her opponent fast, taller and having a bigger reach. Andrade’s plan for the fight is to get her tired by putting pressure the entire time. The question is if that will be enough for a victory.

Andrade challenged Jedrzejczyk for the 115-pound title 2017, unsuccessfully. Since then she has won three straight fights, with Gadelha, Torres, and Kowalkiewicz in September 2018. The event will mark the 27-year-old fighter’s second chance at a UFC title. Online sportsbooks in Brazil would obviously like their badass fighter to win the title.

So for the fight, watch UFC 237 on May 11th at Jeunesse Arena in Rio de Janeiro, Brazil. Until then, keep an eye on the review about bet365 Sportsbook for Rose Namajunas vs Jessica Andrade betting predictions.