Ruben Neves Next Club Betting Odds: Manchester Could Be His Next Destination

News >Ruben Neves Next Club Betting Odds: Manchester Could Be His Next Destination 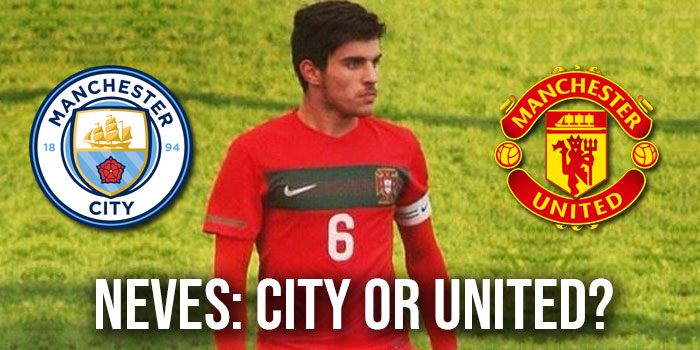 Ruben Neves next club betting odds show that the Portugese midfielder could end up playing for Man City next year. However, we believe it’s more reasonable to bet on Neves to sign for Man Utd in the summer. Meanwhile, bookies argue he could also make his way to Spain very soon. The Wolves player’s future is now quite unclear, so we took a closer look on the situation. Here’s what we’ve found.

Ruben Neves: one of the hottest names in football at the moment. Wolverhampton are flying right now and Neves plays a key part in that. Therefore, it’s no surprise that apparently many clubs are interested in him. However, it’s not going to be easy to convince the Midlands side about any business at the moment.

The situation is obviously unclear, and papers are only making guesses. We have our own ideas about the issue, and we’re going to share our betting tips with you. We’ve checked out the best Ruben Neves next club betting odds and based on that we’ve made our predictions for you.

Manchester City are the favorites to sign the Portugese midfielder

Wolverhampton are reportedly willing to sell Ruben Neves for the right price. However, that’s about £100m, which is obviously an insane amount of money. It’s 100% sure and confirmed by now that Pep Guardiola would love to get him during the summer. It’s questionable though whether City and Wolves can make ends meet.

“A month ago, I started reading – ‘Ruben Neves, £100m,’” – Guardiola said earlier. “That is not going to happen, we are not going to pay £100m for a holding midfielder.” Bleacher Report talked about an offer worth £60m, which is arguably a realistic price, the question is what Neves and Wolverhampton want. They’ll surely have talks with Manchester United as well, and we believe gamblers should turn their heads to the red side of the city.

Though the Manchester United squad lacks quality in their defence, their must improve their midfield as well. Ander Herrera’s departure is certainly happening as the Basque is basically already on his way to Paris. This leaves Ole Gunnar Solskjaer with only two top midfielders in his squad: Pogba and Matic. Let’s face it, neither McTominay or Pereira are good enough (yet?), while Fred’s performances are keep raising questions about him. Ole has to sign a midfielder.

The Red Devils have already been in touch with the Wolves, but the £100m price tag have scared them a bit. However, it looks like Neves is still their number one target to strengthen their midfield. Though they won’t spend a hundred million quid on the Portugese talent, at the moment they do look more prepared for a bid war than Man City. If Ed Woodward could give Ruben Neves an offer he can’t refuse, we believe he would end up playing at Old Trafford in September. BetVictor pays a serious amount of money for those who bet on this one successfully…

It’s not only the English giants who are interested in Neves. Reports claim that his name can be found in many Spanish scout’s notebooks. It’s definitely hard to ignore a talent like him, though it’s also difficult to financially back his transfer, as we’ve learned. However, online sportsbook sites in the UK still believe that he’s actually likely to make his way back to the Península Ibérica.

In spite of whatever BetVictor suggests, we must claim that we haven’t heard about any serious interest from Spain. Just think about it: which La Liga clubs could afford to buy him at this point? Real Madrid and Barcelona. Are they going to sign him? We don’t think so. Therefore, our advice for you is to bet on Neves to sign for one of the Mancunian clubs instead.