France has won the right to host the tenth Rugby World Cup. The tournament will take place for six weeks from September 8th to October 21st in 2023, in nine cities of France. Now it might seem that it may be too early to choose your placing of the bets. However, the early favorites and Rugby World Cup betting odds are already out basing on the analysis of the last World Cup and qualification games. 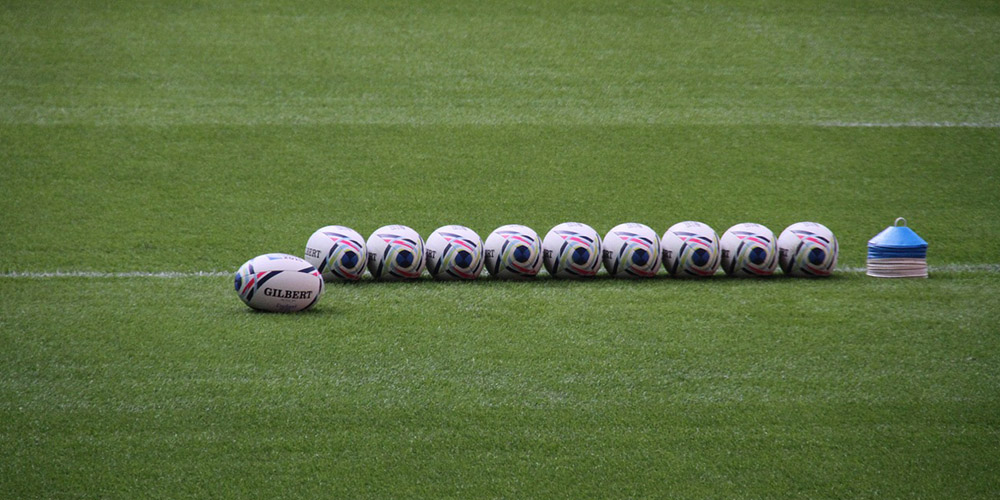 A total of 20 teams will be competing for the championship. The top three teams in each of their pools of the previous World Cup qualify for the tournament and France already has its name in the list as a host. Which teams are going to fill the remaining eight spots will be decided after a series of tournaments.

The golden rule of the betting is that the more you know, the safer it is. So, in order to be as confident in your bet as possible, we would recommend you to follow teams and their games as soon as possible. There are still two more seasons left until the final list of the qualifying teams will be out. If you don’t have enough time and energy to spend on every single game to draw up your own betting odds, you can always check out the Rugby World Cup betting odds drawn by online betting sites in the UK. All of the odds below are from the bet365 sportsbook. Visit our site to read a review about the bet365 sportsbook.

South Africa will be defending championship

South Africa, France, and Ireland were three countries competing to host the World Cup 2023. Ireland was eliminated in the first round and France won the second round by  9 points. If South Africa has gotten the right to host the tournament, obviously it would’ve been a benefit for the team. However, according to the odds by bet365, they are still in the top three favorites in the Rugby World cup betting odds. The team is looking forward to repeating the history of 2007 when they have won the championship in France. In the history of the Rugby World Cup, South Africa has been in the top 3 in the five of them and won the championship three times. It’s a pretty impressive result considering that the following World Cup would be only the tenth one. South Africa has won the previous championship, defeating England by 32-12.

Since the Springboks’ victory is still fresh, the team roster for the next World Cup is still not out yet. However, we know for sure that the team’s coach Rassie Erasmus is stepping down from the head coach position. The current defense coach Jacques Nienaber is likely to take his place. Luckily the team captain Siyamthanda Kolisi has announced his interest to take out the team for another World Cup and said that it would be an honor. Keeping that and the fact that the majority of the members in the 2019 team were relatively young, it’s likely that the team roster would not change drastically.

As of now, New Zealand is at the top place in the betting line with 7/4 betting odds at the bet365 sportsbook. New Zealand has been in quarter-finals for every single world cup since the beginning of the tournament, except for 2007. They have won the championship three times and hosted the game two times, one as a sole and one as a co-hoster. They have lost to England last year in the semi-finals by 19-7 which was pretty unexpected, to say the least. Many fans were confident that the All-Blacks would advance to the finals.

However, the next World Cup is looking good for them. Not only the way they have lost to England would be a great lesson for them to learn from, but also they have a great edge when it comes to team performance. Most of the team members will reach their prime age in the 2023 World Cup including Richie Mo’unga, Jack Goodhue and Te Toiroa Tahuriorangi. The team captain Sam Cane is most likely to be on the team too. The All Blacks are known for their body strengths, so the team’s main mass Pari Pari Parkinson and Caleb Clarke can work on their speed in these three years, they would have a great chance at winning.

The runner-up from last year, England is likely to be in the semi-finals, at the very least

England has become one of the only four countries to lift the World Cup in 2003 by winning Australia in the finals by 20-17 in the overtime. However, they’re yet to win the championship again since then. Last year, their performance in the semi-finals game against New Zealand was extraordinary. Unfortunately, they were not able to win against the Springboks in the finals.

According to online gambling sites in the UK, Rugby World Cup betting odds 2023 is in their favor. It’s likely that the team will change drastically. In the 2019 World Cup, they were the youngest team to compete with an average age of 27. The position of team coach Eddie Jones is still unclear, but he has made sure that he’s going to build a new, strong team before he retires. For now, they have the same betting odds as South Africa at 7/2.

The host country France is likely to have some advantages

Through extensive lobbying and to many fans’ surprise, France has earned a right to host the game. Even though they have not really great history about the games in their home venue, they have always been at least in the quarter-finals in every game.  The team of the host nation is obviously going to enjoy some benefits. They would be more familiar with the arena, the weather and general environment wouldn’t change for them and also the support of the crowd would be on their side.

However, the French media and rugby fans have been expressing deep dislike for the team coaches throughout the years. The extensive media coverage has already affected the team members. It has been known to all that Les Bleus have an almost rebellious attitude toward their coaches. In such a big game as the World Cup, this kind of internal conflict would only drag them behind. As long as they find a way to get over this problem, the professionals believe that they have a good base to win the championship. For now, Rugby World cup betting odds are 7/1 for them.

It’s hard to say that the fans were satisfied with the team’s performance in the last world cup. They have reached the quarter-finals but then got defeated by New Zealand by 46-14. Even after that, the team is likely to have the same roster in the next world cup too. When it comes to Ireland, the experience defeats a new talent.

The team coach Joe Schmidt, who has led the team into winning ten Six Nations titles, has set his mind to get the championship in 2023. However, if he keeps the same team, as he usually does, it’s going to pretty hard to manage. With all 15 of the expected players being over 30, playing against young players will definitely be tiresome. The team has a 10/1 betting odds at bet365 sportsbook at the moment.

Welsh team is losing their coach

With the head coach Warren Gatland leaving the team after the 2019 Rugby World Cup, the Welsh national team is going to struggle for sure. They have gone to the semi-finals in Japan, which was their only third time. Then the team left the tournament after a loss of 40-17 in a game with New Zealand. However, the fact that they have advanced into the semi-finals was bringing out hope in the fans and they now have a 12/1 betting odds according to bet365.

Even without their favorite coach, the team still has over three years to prepare. It’s hard to predict who’s going to make it into the team, now that they have so many new, raw talents acquired. However, there are few bases of the Welsh team, who are likely going to stand in the 2023 roster. Josh Adams, who’s proving himself worthy to be in the team game after game, Tomos Williams and Wyn Jones are only a few of them. Gareth Anscombe might have trouble coming back from the injury that made him skip the last game.

You can check out more about the odds here at bet365 sportsbook.