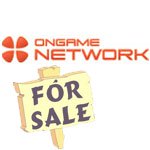 Ever since bwin and Party Gaming merged, the sale of OnGame poker network remains one of the hottest speculation topics. Operating in full compliance with British gambling laws, the OnGame network is one of world’s largest poker networks.

Some market analysts predict that the sale price could have diminished considerably, following the shrinking of liquidity on completion of the deal. Simon

taking up to 50 percent of the network’s players.”

Other industry insiders say that the deal could attract US buyers. So far little has been known about local interest from prospective buyers including

Betfair and Sportingbet. Holliday states that US interest from the likes of Bally and WMS could be backed by recent acquisition of Swedish poker network

Analyst with Evolution, James Hollins, states that there’s: “The remote possibility of U.S. authorities seeking redress for the company’s operations prior to

UIGEA will limit the number of interested U.S. buyers. However, it’s not an insurmountable issue.”

In any case OnGame network still is and hopefully will remain one of the most popular networks for fans to play play online poker in UK on. bwin.party digital entertainment branch has refused to comment the current state of the

sale, yet expect that the deal will go through by the end of 2011.