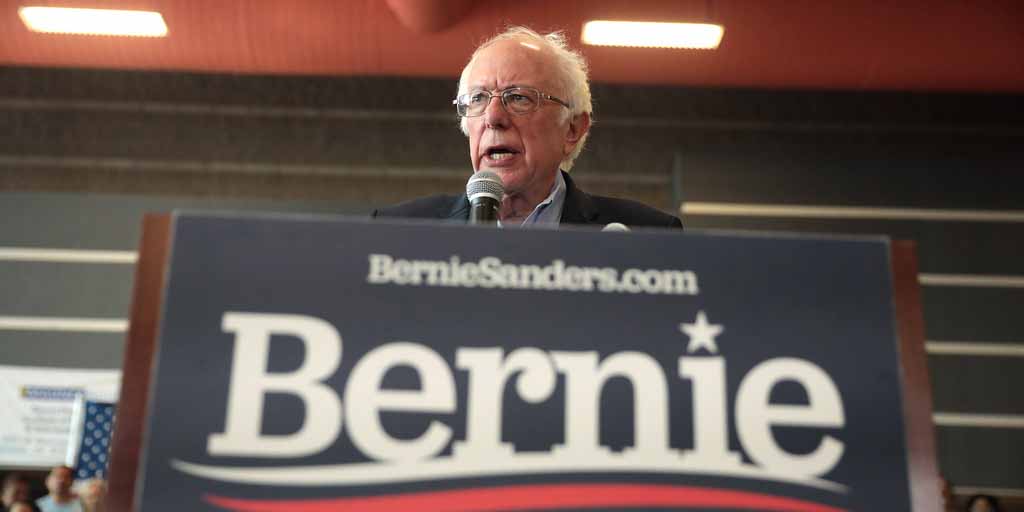 The delegate-rich state of Texas is getting a lot of attention from the Democrats running for president. It is the second-largest state to hold the Democratic primary on Super Tuesday, March 03. The winner will effectively become the frontrunner for the presidential nomination. According to 2020 Texas Democratic primary odds, the unpredictability still prevails, but Sanders is for sure gaining momentum.

Texas is one of the most reliable Republican states and historically neglected by Democratic presidential candidates. However, as per 2020 Texas Democratic primary odds, it finds itself in a very heated race. Eight Democratic candidates are vying to win the second-largest state of the 12 states that will hold the Super Tuesday contests. There are 228 delegates up for grabs in Texas, more than all of the four primaries taking place in February combined.

As the latest University of Texas/Texas Tribune poll shows Bernie Sanders has jumped to the first place doubling his support in Texas with 24%. The former vice president Joe Biden has slipped to second place with 22%. The late runner Micheal Bloomberg comes fourth with 10%, behind Elizabeth Warren at 15%.

If you have been following different polls in the past several months, you probably know that numbers keep changing. But one thing surely makes the online sportsbooks in the United States give an edge to Sanders, his numbers keep rising in Texas and in almost every other state in the country.

Bernie Sanders so close to dominate the race nationwide

Vermont senator Bernie Sanders has moved briskly in recent weeks, winning the popular vote in Iowa. He prevailed in New Hampshire and won 26 points more than his top contender Joe Biden in Nevada. Most online sportsbook news sites in the United States started focusing on Sanders as the potential Democratic presidential nominee. That will be completely true if he dominates on Super Tuesday.

Sanders has intensified his campaign in Texas opening five offices and airing TV ads. He is the most popular among voters of color and Texas has a large Hispanic population. With that being said, Sanders is leading the 2020 Texas Democratic Primary odds with the value of -694 at 22BET Sportsbook.

Joe Biden failed to increase his vote share in the polls

The state of Texas is becoming more important for the former vice president. He is very eager to show strength in a diverse state after his disappointing finishes in the first three states. Biden hoped to win at least Nevada, but he was crushed by Sanders. Besides, he might have an edge as South Carolina primary 2020 odds indicate. He has currently staff on the ground in Austin, Dallas, Houston, and San Antonio. A dozen members of Congress, state lawmakers, and major county and city officials in Texas have endorsed Biden. Should that turn into good performance in the ballot box his odds are +890 to win. However, Biden has been unable to increase his vote share in the polls and that is pretty telling.

The US senator from Massachusetts is one of the first candidates setting foot in Texas. She started campaigning in July 2019 and started hiring staff in August. Warren is focusing on many parts in the state that have been historically overlooked by presidential candidates. She hopes that might help her win with +3300 odds. However, It is hard to see how that can happen after finishing third and fourth in all first three states.

Michael Bloomberg to start his campaign on Super Tuesday

The former New York mayor has entered the contest last November 2019. He decided not to compete in the first four states on the nominating calendar. So, he is effectively beginning his campaign on Super Tuesday. In Texas, Bloomberg has built the largest campaign, opening 19 offices and amassing 160-person staff. He is also spending millions of his own money on ads, and that seems to give him an edge to do well. His odds to win in Texas are +650.

However, Bloomberg is facing a huge uproar for his “stop and frisk” policy that he applied back in New York. He also did participate in one Democratic debate as for now, but his performance was disastrous. If he does not recover in the upcoming debate he will face a very tough reality. To see all the Texas Democratic primary odds, have a look at our review about 22BET Sportsbook.