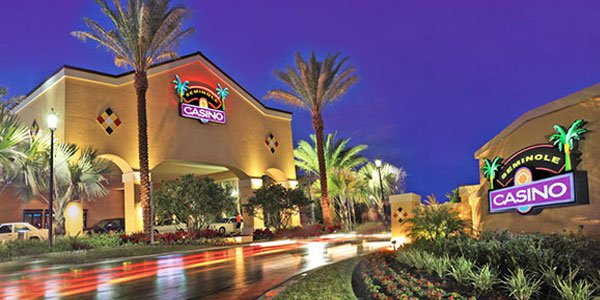 Without an agreement there should be no blackjack and baccarat tables at Florida State casinos by October 29.

Recently there has been a lot of talk about the Seminole casino compact as the Tribe and Florida state officials are struggling to agree on the extension of its cards game provision. Signed in 2010, the official document states that “this compact shall have a term of twenty (20) years.” Therefore, most of the compact’s points will be valid until 2030. However, its sub-sections reveal that the agreement is different in regards of banked card games like blackjack and baccarat.

“[…] the authorization for the Tribe to conduct banking or banked card games […] shall terminate on the last day of the sixtieth (60th) month after this Compact becomes effective,” proclaims the Seminole Compact. The specified five-year period ended on July 31 but the deal granted 90 days for the Tribe to shut down their card tables. This means, that without the extension of the deal, visitors won’t be able to play blackjack at Seminole Casinos from October 29.

According to the most recent US gambling news, there’s more than 50% chance for the Seminole Compact’s renewal. “We’re closer now than we were two weeks ago, and we were closer then than the month before,” stated Florida State Senator Rob Bradley. However, the Seminole Tribe did not confirm these news, only that the negotiations are back on track. In April, Bradley expressed his will for a one-year extension of the agreement. “Providing more time for all parties to continue this important discussion […] will ensure we find the right policy rather than the quick answer,” he argued.

Unfortunately, the negotiations were unfruitful and the State addressed a letter to the Seminole Tribe, asking about their plans to shut down the tables. In July, the Tribe choose a different approach saying that the compact was breached by Florida State. Tribal Council Chairman, James Billie referred to the electronic blackjack machines that were authorized at racinos, standing race tracks with casino services.

What to except from the new Seminole casino compact?

This highlighted a scenario in which the court would overtake the negotiations. Also, the Seminoles argued that considering the breach they’re allowed to keep the blackjack tables and don’t even have to pay the USD 250 million annual payment to state. Apparently, the Tribe was also fighting for the exclusive right to other table games too, such as craps and roulette.

As of now, it seems that the parties are getting closer and closer to an equally satisfying agreement. According to the latest news, Seminole casinos could get the right to operate craps, roulette and slots in exchange for a USD 3 billion guaranteed payment to the State over seven years. “We’re at a place where the taxpayers will be seeing a significantly higher share from the tribe than they currently receive,” said Rob Bradley when asked about the progress of the negotiations.