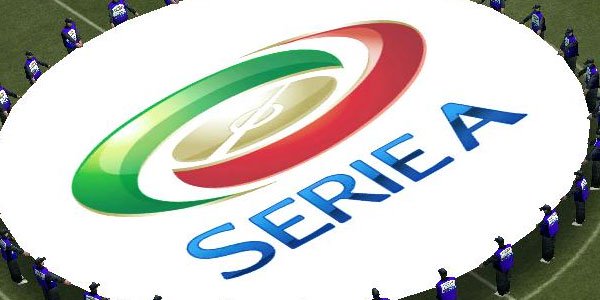 Prepare yourself to a thrilling weekend filled with Italian football that promises to deliver great value for money.

Udinese travels to Sassuolo as they try to build on their current 12th position in the league. Italian gambling news reports that Torino and AC Milan will square off against each other on Saturday evening in match that will bear a great deal of uncertainty considering that neither side is performing on a high level.

On Sunday Genoa will travel to Milan in an attempt to get a decent result against Inter, who are themselves also struggling in 11th place. There will also be a thrilling clash between Roma and Lazio at the Stadio Olimpico so fans that enjoy Italian football should make note to watch this superb derby.

Sassuolo vs Udinese and Torino vs AC Milan

Sassuolo occupy the 10th position in the league and have a total of 20 points from 17 games. Their home record is not very commendable as it stands at 2 wins, 5 draws and 1 loss. With these stats in mind they will find it rather difficult to overcome Udinese at home, despite the fact that they’re further down the table.

Bet365 favors the hosts for win 2.05 (21/20) although some sports experts believe that Udinese still have a fighting chance against Sassuolo. The visitors have been assigned odds of 4.00 (3/1) and they maintain an away record of 2 wins, 2 draws and 4 losses. Considering that both of these teams are prone to making mistakes at times, a draw may actually be possible 3.20 (11/5).

When it comes to the second game on Saturday between Torino and AC Milan, online sportsbooks in Italy give almost equal chances of success for both teams. Bet365 ranks Torino as the underdog 2.75 (7/4) despite playing at home, whereas AC Milan have been give favorite odds 2.60 (8/5). The hosts hare currently in 14th place with only 18 points from all of their 17 encounters and have a home record of 3 wins, 4 draws and 2 losses.

Milan hold a better position than their opponents however their record while playing on the road is not very convincing as they managed to get only 2 wins, 5 draws and 1 loss. Both of the sides have been struggling for some time now and are known to blunder on many occasions which is why Bet365 has set a draw at 3.20 (11/5), an event that is rather possible.

Inter Milan vs Genoa and AS Roma vs Lazio

Inter Milan are a far cry from the team that they once were. The Nerazzurri used to dominate Italian football for nearly half a decade and they boasted some of the best talents on the planet, whereas now they have succumbed to 11th position on the table. Their record at the San Siro stands at 3 wins, 3 draws and 2 losses, stats that are not very impressive given that they should be more successful on their home field.

Nevertheless, against Genoa Bet365 believes that Inter 1.61 (8/13) can easily overcome them and win the 3 points, despite the fact that the visitors are located in 5th place and have lost only once while playing on the road. For them, Bet365 has assigned outsiders odds 6.00 (5/1), although many would dispute that these chances are unfair. A draw stands at 3.80 (14/5), an event that may also happen considering recent results of both clubs.

One of the greatest matches of the weekend will see AS Roma and Lazio go head to head where they will both battle for bragging rights. The team being led by Francesco Totti have had a great run this season and they now occupy the second spot in the league with 39 points, only a single point behind leaders Juventus. Per Italian gambling laws, Bet365 have earmarked them to win 2.10 (11/10) against their bitter rivals Lazio.

The visitors of this match have been assigned unfavorable odds 3.75 (11/4) although they are in 3rd with 30 points from 17 games. Their away record stands at 3 wins, 3 draws and 3 losses, whereas Roma has a home record of 7 wins and 2 draws. Taking into account that the hosts have better results this should help them build up on confidence and defeat their rivals.