Should You Bet On Australia To Win All Five Ashes Tests? 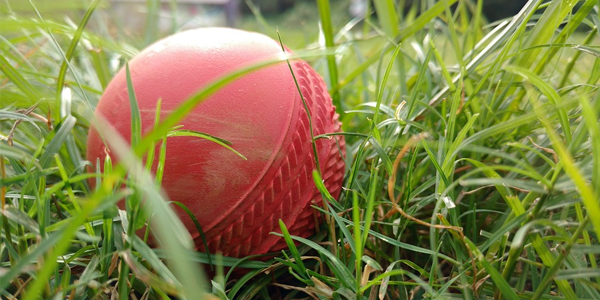 Prior to the third test it might have been unlikely, but after what can only be described as a wholesale drubbing in Perth the visitors in the 2017/18 Ashes series appear entirely capable of losing all five Ashes tests matches. The question then becomes should you really bet on Australia at BetVictor to beat both England and the patchy weather to rack up that 5-0 tally? We take a look at the chances in the aftermath of England’s humiliation.

It’s beginning to look a lot like Christmas….what with the rampant consumerism, seasonally adjusted levels of faux charity and the English cricket team being treated to the sort of abuse that gets Catholic priests put on a register. It’s not just that they’ve been beaten in the first three tests of the 2017/18 Ashes series, that could happen to any side, it’s that in the third match they were bent over and sodomized for all to see, a fact you can just bet on Australia drawing attention to, especially in their tabloid press.

Now you can always bet on Australia being strong at home, the Ashes are never an easy series to win away from home, but it might have been nice for those of us who enjoy the odd bet on sports in Australia if England had tried a little harder. 403 seemed a reasonable enough total of course, till the first innings from Australia included an awe inspiring 239 from Smith and M Marsh got an equally impressive 181. Where were the England bowlers you ask? Good question. Possibly with the batsmen.

Steadying the ship would have been the thing to do. The openers for England should have righted the list and sailed on, but instead Cook went for 14, Stoneman added just 3, Vince tried with a creditable 55 but with Root copying Cook and Malan only adding some optimism with his 54 the tail enders just weren’t up to the task of staving off an embarrassing defeat. They say sledging is still a big part of international cricket, I think you can safely bet on Australia using this match at the crease to get a reaction.

Hazlewood has proven a valuable asset as ever, Paine has been nimble on his feet and Lyon has been no slouch, indeed the entire team makes me wonder if you can’t now bet on Australia to win all five Ashes tests. After this performance it’s not beyond the realms of possibility, and if you’re Australian gambling laws of averages will see England bounce back in the fourth and fifth tests, just remember, your side has proven devastating with both bat and ball, and the visitors haven’t looked even close to competition.

Bet On Australia At BetVictor

Right now internet bookies like BetVictor will give you a rather tasty 6/4 bet on Australia to win all five games and with the way England have been playing that’s no mean offer, and whilst the home side getting a 4-0 series record is 5/2 the white wash chance seems a far better wager, and let’s remember the weather hasn’t done the visitors any favors. Not that a favor or two would have saved this side, it would have taken a miracle and there were precious few of those in Perth this Ashes test match.

Now naturally England could sort themselves out, although you’d have to be a pretty insecure Australian gambling news of this defeat won’t send uncomfortable ripples through both the test side and the selectors, or that it won’t provoke an even worse performance in the next match. Sure it’s a stretch to see a side at this level complete such a total domination of a series like the Ashes, however if there were ever a team to do it this is it and a bet on Australia to continue the humiliation of England seems a safe one.