Should you bet on Djokovic to win 18 slams?

News >Should you bet on Djokovic to win 18 slams? 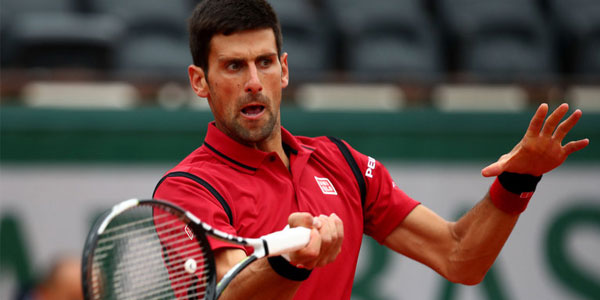 Should you bet on Djokovic to win 18 slams? If he continues he recent form then it seems a safe bet. However, he’s 6 slams away; and who knows what will happen in the next couple of years!

If men’s tennis is your go-to game when you bet on sports, then you may have found the last twelve months rather predictable. There have been four grand slams held, and Novak Djokovic has won them all. He is the first to hold all four slams at once in the current format. In the Open Era only Rod Laver, in 1969, has done so at all. This brings him to 12 grand slams in total, 2 behind Rafa Nadal and 5 behind Roger Federer. Should you bet on Djokovic to win 18 slams?

Reason you should bet on Djokovic to win 18 slams:

He’s better than his closest rivals

Not only has Novak won 4 slams in a row, but he’s been the clear favourite each time. In the finals of Wimbledon and the US Open last year he played Federer, who was then world number 2. This year, in the finals of the Australian Open and the French Open, he’s played current number 2 Andy Murray. He’s beating his closest challengers, and doing so in style.

Federer missed the French Open through injury, breaking his run of consistent participation that went back to 1999. Nadal retired with injury in the third round, but hasn’t been 100% for years. You might disagree if you bet on sports in Spain or frequent internet betting sites in Switzerland, but both are at a stage of their careers where they can’t be relied upon to participate, let alone return to best form.

It is left to Murray and Wawrinka to challenge Djokovic. Murray is consistently not good enough, and Wawrinka is inconsistently good enough; unless a new challenger appears, he looks to dominate in the short term. You’d bet on Murray to win another slam, and Stan certainly has the ability, but neither seem likely to win multiple slams a year.

The generation after Djokovic and Murray is already considered by some to be a failure. Grigor Dimitrov, once nicknamed “mini-Fed” has stagnated for several years. Canadian Milos Raonic and Japanese Kei Nishikori are obviously talented, but nowhere near the level of Djokovic. That is not to say they can’t wins slams, but they don’t seem good enough to challenge Serbian domination.

The next generation do appear to have more in their favour, but you’d bet on bet on Djokovic to win 18 slams before top-rated youngster Alex Zverev even turns 23. Thiem, the 22 year-old Austrian, is the best challenger in the short-term; however, he was demolished by Djokovic in the French Open semk-final, on his best surface. Nick Kyrgios is a wildcard who could break through to a slam final, but he hasn’t shown the consistent quality or mental stability required to repeatedly challenge for titles.

He’s so fit he could play for decades

Even if Novak’s dominance were to wane, that doesn’t mean you shouldn’t bet on Djokovic to win 18 slams. He may not win four, three, or even two every year but he’s more than likely to win at least one. At only 29, he could win just one slam a year and beat Federer’s record by the end of his career.

He’s incredibly fit, and he if he keeps not eating gluten he should at least play for as long as Federer (who turns 35 soon) has. He should have plenty time left.

Why not to bet on Djokovic to win 18 slams:

All it would take to stop him is one injury

He may be as fit as ever, but that takes an awful lot of training, and an massive reliance on not eating gluten. At some point, if he is mortal, he will crack. With his game reliant on superhuman athleticism, one injury could derail his pursuit of 18 grand slams. All his major rivals have had seasons disrupted by injury; it’ll happen to him someday.

Andy Murray will beat him eventually

When Wawrinka beat Djokovic at last year’s French Open, it was obvious how mortal he was. Likewise, when Murray won the first set in this year’s final, Djokovic looked eminently beatable. The Serb has the mental edge, but if Murray were to perform at his highest level for a full mach, he’d likely win against Djokovic. If that happened, the confidence might spur him on to greater heights. If his biggest rival was a more consistent threat, you might not bet on Djokovic to win 18 slams.

Djokovic’s French open triumph was only the third time in the past decade that a slam has been won by a player aged 29 or over. Those were Federer at Wimbledon in 2012, and Wawrinka at Roland Garros last year. The careers of most of the greats have tailed off by 29, and that is certainly the case for Nadal and Federer. If Djokovic is to win 18 slams, he needs to have the greatest “late” career of any tennis player ever. The question is: if he’s the greatest, then why can’t he?