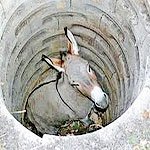 This week South Africa proudly hosts the 6th Biennial South African Gambling Laws Conference whose purpose is to brainstorm new ways to combat the spread of online and mobile gambling.

The Deputy Trade and Industry Minister Elizabeth Thabethe’s face contorts with hate, she stutters and her hands shake when she talks about illegal online casinos and licensed traditional gambling, frequently confusing the two.

South Africa is continuing its war against all online casinos which it considers illegal despite the passage of The National Gambling Amendment Act. The Act has a provision to license South African internet casino industry, and was overwhelmingly approved back in 2008.

According to the online gambling news in South Africa, while the legislative body passed the law, the government immediately buried it, using dubious excuses and stalling tactics while refusing implementation.

In 2011, South Africa is still known as the ‘rape capital of the world’ and now for the 14th straight year has the world’s highest murder, aggravated assault, kidnapping, hijacking and overall violent crime rates.

Last year, 100,000 victims of violent crime signed a petition begging the government for relief and to use all available resources to fight the ever increasing crime rate. A year later and nothing has changed but the crime rate, which is up yet again.

Meanwhile Deputy Minister Thabethe proudly exalts the 86 police raids during the past 9 months and the destruction of 350 online gambling machines, declaring – “Illegal gambling has been curtailed and this is demonstrated by the number of raids conducted in various provinces.”

The conference is titled “Gambling Driven by Technology” and DM Thabethe is busy pleading with delegates to not be afraid to use technology to eradicate all online gambling.

“My assertion does not suggest that we should not allow technological innovation to advance growth and inhibit development. I am extremely excited and optimistic about the future of this industry as we nurture and develop it,” stuttered the Deputy Minister before shuffling towards the exit.