The Spanish government has announced plans to impose a tax of 10% on fixed odds sports bets and 20% on pool bets. Moreover, local authorities 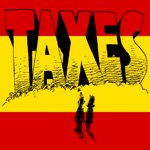 The Spanish government has announced plans to impose a tax of 10% on fixed odds sports bets and 20% on pool bets. Moreover, local authorities could introduce an additional charge of up to 20% on operators serving local customers.

This is not the first setback for the European gaming industry. This proposed change in Spanish gambling laws was announced shortly after European Commission decided not to fight against France’s new licensing and regulatory regime.

Understandably, Spanish lawmakers are trying to protect state-owned operator “Loterías y Apuestas del Estado”, but in this case their actions seem to be taking a very wrong turn from the customer’s point of view. The proposed laws also contradict the European Union’s principles of free trade from operator’s point of view.

The real losers of the proposed changes will be ordinary consumers. It is very likely that only a limited number of operators can function under the newly proposed conditions, taking the industry back to stone age of monopoly, which means worse odds and fewer betting opportunities. Naturally both offline and internet gambling in Spain will be affected. Surely some people will work around the problem, using proxy connections or semi-legal sites that would not offer protection against fraud and other important issues such as underage gambling.

As for online sportsbooks in Spain, their life is about to get extremely difficult or nearly impossible. It will not make much sense for them to operate under the proposed conditions, as the taxes demanded are simply too high.

One thing we can all hope for is that the European Court of Justice will now focus on new Spanish gambling laws and find them to be in violation of EU agreements. After all, ordinary citizens have the right to gamble, and do so under free market conditions.