What Do Special Mayweather Bets Today Say About His Career in 2020?

News >What Do Special Mayweather Bets Today Say About His Career in 2020? 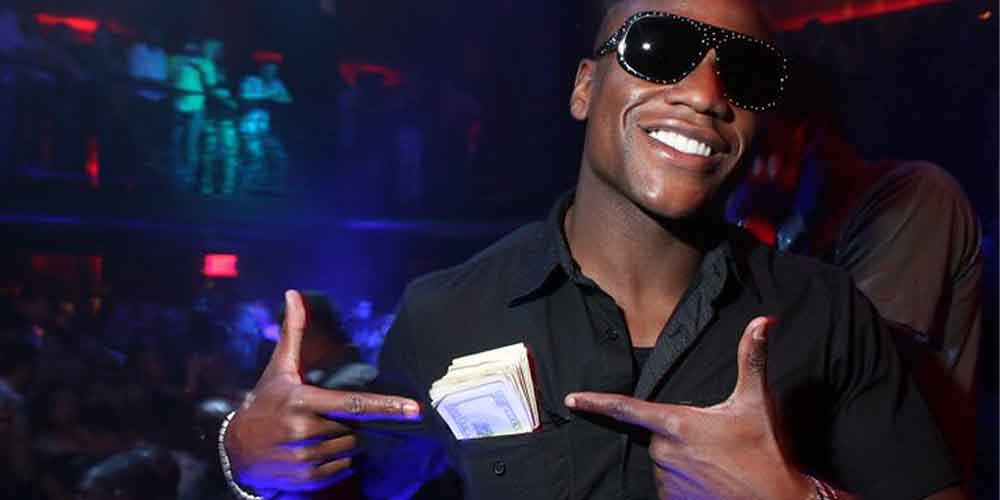 Floyd Mayweather retired from professional boxing five years ago, but his sports career doesn’t seem to be over yet. Special Mayweather bets today show that the 43-years-old boxer can still hit newspaper headlines this year. Let’s see what can happen to The Best Ever in 2020.

Floyd Mayweather is a famous former American professional boxer, who competed between 1996 and 2015. During 19 years of his career, Mayweather Jr. has won many titles in lightweight, welterweight, and light middleweight. Often referred to as The Best Ever, he won 50 fights out of 50, which made him the best living boxer nowadays. He is one of only three former boxers who retired with an undefeated record in the 2010s.

However, Mayweather made a small comeback two years after retirement. In August 2017, he fought against Conor McGregor in the so-called The Money Fight and defeated one of the best fighters of that time. This made fans believe that Mayweather’s career isn’t over yet. Let’s see what predictions on his future are available at 1xBET Sportsbook.

Bet on Mayweather to fight against Pacquiao…

One of the newest Floyd Mayweather predictions touches upon his possible future fights. The 2017 fight with McGregor showed that 40-years-old Mayweather was still in excellent shape to defeat a much younger competitor. Therefore, 1xBET has 13.00 odds on the ex-boxer to come back to the ring again – for example, to fight with Manny Pacquiao.

Why do special Mayweather bets today evaluate the chances of two boxers to meet in the ring so high? Firstly, both are almost of the same age: Floyd is 43, Manny will be 42 this December. Secondly, both boxers belong to the same weight category, i.e. light- and welterweight. Finally, both are considered one of the best boxers of all time.

The other strong reason to bet on the Pacquiao-Mayweather fight is profit. Boxers have already met each other in 2015 in a so-called Fight Of The Century. Although it was announced to be the greatest fight ever with WBA, WBO, The Ring, and other titles on the line, viewers were mostly disappointed. Why don’t rehabilitate this year? The fight has all chances to overcome both the 2017 Fight Of The Century and The Money Fight with McGregor In 2017, Conor and Floyd earned $130 million together, while the overall income for the management reached $600 million. The Pacquiao-Mayweather fight can be even greater and bring higher income.

Apart from Pacquiao, Floyd has another rival to defeat – Khabib Nurmagomedov. Special Mayweather bets at online sportsbooks in Russia give 15.00 odd on two boxers to meet on the ring by the end of 2020.

Why bet on the Mayweather-Nurmagomedov fight? Rumors about the possible competition between two boxers originated in 2018 and have been heightened interest until nowadays. Two years ago, Nurmagomedov defended his UFC title and called out Mayweather to be his next rival. In January 2020, the American gave the Russian MMA star an ultimatum – either to fight 11 rounds in boxing and 1 round in MMA or not to fight at all. If Nurmagomedov accepts these conditions, one of the most interesting fights will be coming.

Another popular 1xBET Sportsbook prediction touches upon Mayweather’s financial state. In 2020, some media sources claimed that the former boxer has been experiencing money difficulties. In particular, a popular rapper 50 Cent who was a friend of Mayweather, said that the boxer’s money “was gone” and he needed to fight again. Another boxer, Chael Sonnen, talked about Floyd’s bankruptcy and “necessity to fight again” two years ago.

This information was difficult to believe in because Mayweather earned more than $1 billion in his career. However, his financial difficulties seem to be true, so probably he will be back on the ring to solve them. You can bet on Mayweather to file for bankruptcy by the end of 2020.

Check also betting odds on Wladimir Klitschko to be back in boxing this year.