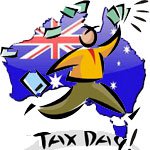 Sportsbooks in Australia seem to have a break as permissive Australian gambling laws seem not to bother the bookmakers and punters alike. This is in sharp contrast to many countries where bets are prosecuted to the fullest extend of the law, leading to illegal wagers which often end in sorrow.

Some sportsbooks are already paying the fees. One example is Tabcorp, but it pays over $1 million to Australian Football League (AFL) to be its official partner. Other bookies are also paying as much as 5% of their gross revenues.

A proposed turnover fee of 1.5% could generate substantial revenues of around $7-8 million for football betting since Australian punters spend as much as $500 million on bets on this sport. On the other hand, bets on horses would rake in only an extra million a year in fees, a small addition to the $50 million already generated annually.

State Minister responsible for racing in NSW claimed that ”this decision provides much greater certainty to the racing industry, which is worth more than $2.5 billion to the Victorian economy & employs 70,000 people.”

Many executives running the sports bookmaking business disagree as to the benefits since the fees will result in punters paying the additional costs.

It is not clear, though, if this move will affect mobile casinos in Australia which have their own independent platforms.

Time will also show if other sport associations, including rugby, will seek fees. Not good for the punters.