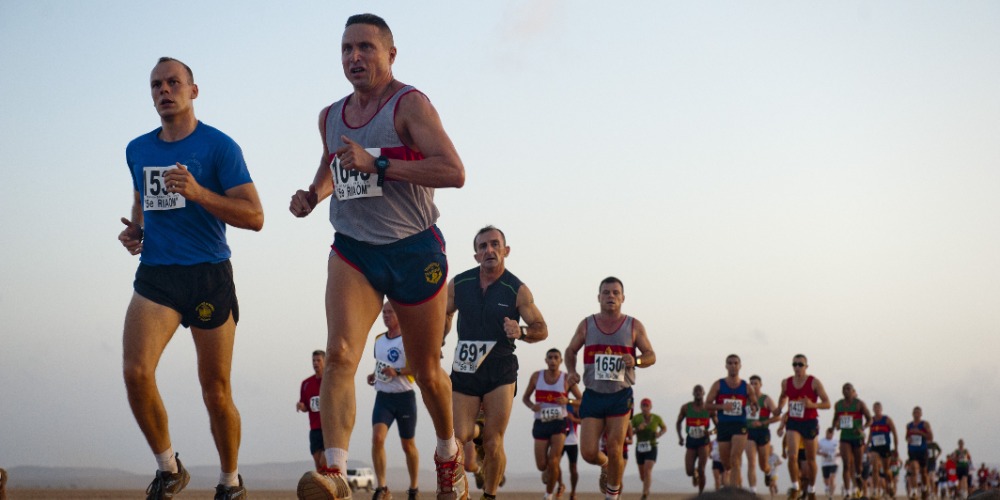 Sports, where endurance plays a role for a longer time, are called endurance sports. The mutual feature of endurance sports is maintaining physical and mental strength and performance, usually for hours. The point of doing sports, in general, is to push our limits, but it’s different from the sports listed below. Whether, you are a professional or amateur athlete, you need speed and strength in every sport. However, keeping it up for the long term is a different story. We have collected some sports that require the highest endurance. Check them out below!

Triathlon is a physically and mentally demanding sport that consists of three different sports: swimming, cycling, and running. This is the official order, one after the other. First swimming, then cycling, and finally running. Everything is decided in the head. This is true for many sports, especially those that require the highest endurance. You have probably heard about Ironmen. Not the superhero but the Ironman Triathlon race. It is a long-distance triathlon competition that they hold annually in Hawaii since 1978. You can check out the next competition’s odds and predictions at Bet365 Sportsbook.

The race consists of four km of swimming, 180 km cycling, and 42 km of running in that order without a break. If that is not enough, there are a few other even more extreme competitions. They founded the Norseman triathlon race in 2003, and it has become one of the most iconic races. Every race is different, but one thing is the same, it is among the sports that require the highest endurance. Sometimes cycling and sometimes running is more intense, but by no means are either of them easy. Other than the distances, there are other difficulties like lakes with pretty low temperatures or rivers where you have to swim upstream. The combination of these three sports really tests the athletes’ limits.

Rowing is high on the list of sports that require the highest endurance. Competitions have already been held in ancient Greece, and we know that there have been regattas in Venice since the Middle Ages. Rowing was already accepted at the first Athens Olympics in 1896.

However, they had to cancel the race due to the stormy weather. Therefore, the Olympic debut could only take place at the 1900 Paris Olympics. Rowing has many forms, but it basically means directing and moving a boat with oars. It works as a way of transportation, hobby, or sport.

Rowing is an endurance sport. According to regulations, competitions in the men and women category consist of seven-seven events. We divide rowing into two main categories: sweeping and sculling. In sweeping, the rowers have only one oar, but in sculling, they hold two. There are double and single events. Rowing moves every muscle in your body, which takes a lot of energy and strength. Athletes have to be in great shape to have the stamina for such intense physical activity.

Ultramarathons are races that are, as the name suggests, much harder than a marathon. The distance that ultramarathon runners have to take is over 42 km. In the US alone, around 110 thousand participants completed it in 2018. That’s incredible since this is among the sports that require the highest endurance. The ultramarathon distances usually range from 27 to 240 km but can reach up to 4000 kilometers. Crazy right? However, the most common lengths are 50 and 100 kilometers. Those take around nine and eighteen hours in general. If it is long-distance, half or even more, of the runners can’t reach the finish line. It’s not surprising.

Running is stressful to the body, especially when you do it for long kilometers. Generally, runners have to deal with the conditions, weather, and environment, in addition to their bodies’ reactions. The circumstances affect their performance and endurance, for instance, the temperature of the 4000 km long Badwater Ultramarathon can go up to 45 °C or even higher. Imagine that! Even napping in that heat is exhausting. Normally, running pushes the human body to its limits, but an ultramarathon can produce extreme symptoms. If they do not prepare or hydrate properly, hallucinations, blurred vision, nausea, and fainting could occur.

The most common complaints of ultramarathoners are nausea and vomiting. This affects around 40% of the runners, and this is the No.1 reason why most of them can’t finish the race. Nausea occurs because running influences digestion. Since we are talking about a very long distance, participants eat high-carb snacks, but a sensitive stomach can’t digest them. Of course, not all events are so extreme, but such a sport puts the body and mind under tremendous pressure. However, running has many benefits, as well. Find these at online sportsbook sites in the UK, and here is an article about an unbelievable marathon runner running with a bullet in his head!

This race is so unique that you need to know more about it! In the Norseman Xtreme Triathlon, people swim in a 400-meter-deep fjord, and during the marathon, they have to, somehow, hurry up an 1850-meter-high rocky mountain. They organized the first Norseman with 21 participants in Norway in 2003. However, there has been so much interest in the competition recently that there is a significant oversubscription each year. The swimming will take place in a 400-meter-deep fjord.

Participants jump from the boat into the water and start at five o’clock in the morning. Since the water is only 15-18 degrees, wearing a neoprene diving suit is mandatory. Swimmers are accompanied by boats and kayaks throughout the fjord as a precaution because there are often strong currents and high waves. The next part is riding a bike, where for the first 40 kilometers, the riders go up to 1250 m. Then comes a 50 km easier section, and finally the last big mountain of 1200 meters. The first 25 kilometers of the run are on an asphalt road, followed by a 17-kilometer upward running, or more like climbing, to the top of Gaustatoppen, 1850 meters high.

The last l medical check-up is at 37.5 km of running. From here, only the competitors in good condition will be allowed to try tackling the last toughest, five kilometers of the distance up the steep, rocky hillside. The organizers will accept 240 entries for Norseman. Of the 240 participants, only the first 160 to pass the last checkpoint within the time limit will be allowed to climb to the top of the mountain. The others finish the race earlier and lower. You probably understand why they call the already rough triathlon’s Norseman competition extreme! What do you think is this the sport that requires the highest endurance?

Orienteering is a nature-friendly sport in a forest. It is complex and requires intense preparation, just like the other sports, except that you need theoretical knowledge besides practice.

You have to learn to read the map and the signs. For instance, the moss on the north side of the tree trunks helps with the directions. There are several other natural hints in the woods for you to find the right direction. Orienteering is a sport that requires the highest endurance due to the wild terrain and mental focus. You need to concentrate because you will get a map to find your way to the given points, and off you go! A successful orienteer should perform well both physically and mentally.

However, it is also an adventurous sport, nothing ever is the same, and there is never a dull, monotone moment. As we have mentioned before, running takes a lot of energy, not to mention in a wild, unpredictable environment where you will have to exhaust your mind too. Besides the immense strain on the body and brain, this sport offers lots of fun if you are looking for adventures. Orienteering competitions last from 20 to 90 minutes, depending on the category. Orienteers can spend more time on the track if they can’t find the right way. However, there are tracks for beginners that don’t require much preparation.

Sports That Require the Highest Endurance

Have you heard of ultimate? We have left a different kind of endurance sport to the end. It’s a team sport where the players have to score points with a frisbee. It requires a large space where the players have to keep moving around. They need stamina, speed, and strength. Basically, it’s one of the sports that require the highest endurance. There are no age groups, but the optimal interval is between 16 and 40 years. It’s a dynamic, non-contact game. The point is to successfully throw the frisbee to a player closer to the finish line who can score a goal. Both teams have seven players.

The rules forbid running or moving with the frisbee unless you take some necessary steps to stop after catching the disc. Also, if one of your legs stays on the ground, you can turn around. If the frisbee touches the ground, or the other team catches it, it’s their turn to attack. The player currently having the disc has ten seconds to throw it to another player. The game time is 100 minutes or as long as it takes to score 15 goals. The primary goal of this sport is to show that you can enjoy such an intense game while you do something for your health and endurance.