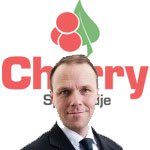 Last month we reported on the decision of Gunnar Lind, President and CEO of Cherryföretagen, Swedish online gaming operator, to step down. For more information please turn to (Swedish Cherryföretagen CEO Quits the Company) article. Recently his replacement was found, Emil Sunvisson will be taking over the position from August 1st.

Cherryföretagen is based in Stockholm and operates one of the leading online casinos in Sweden – PlayCherry. The company also has the following brands under its umbrella: NorgesAutomaten, SverigeAutomaten and DanmarksAutomaten.

Sunvisson will take the CEO’s position after he resigns his current post as the member of the board of directors. Until then Gunnar Lind will stay with the company to ease the transition process.

Having worked as a Chairman of Betsafe and as a board member of Betsson, Sunvisson will naturally utilize gained experience to propel Cherryföretagen to the top of both Swedish and European gaming industry.

Emil Sunvisson had the following comments for online gambling news in Sweden: “The gaming sector offers a highly inconstant environment with great challenges combined with high growth potential. I have had the privilege to closely follow Cherryföretagen’s impressive development from, in the past, a company within traditional gaming to a modern corporation that competes over customers in the rapidly growing online gaming industry.”

He went on to say: “I look forward to contributing to Cherryföretagen’s continued development as a leading provider of games for onshore, offshore and online.”