Australian NRL joined the war against the proposed Australian gambling laws aimed to install daily betting limits at the cost of $3 billion. 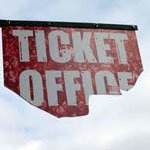 The National Rugby League has finally joined the fight against the proposed Australian gambling laws aimed at placing betting limits on ‘pokies’. Pokies is the term Aussies use to describe all electronic gaming machines including slots, video poker and devices that permit punters to bet on sports in Australia.

The proposed Australian gaming laws were the result of an ugly backroom political compromise between two fringe Independent MPs – Nick Xenophon and Andrew Wilkie, and the Federal Government. In exchange for the MPs full support on the floor of the Parliament, the government agreed to back “mandatory pre-commitment technology for all gamblers playing the pokies in clubs, pubs and casinos.”

In essence, the new law will create an ‘Australian Gambler Identification Card’ which would be required to activate and play all pokies machines. Every pokies machine in Australia would be connected to a main database containing the daily betting limits for everyone who plans to play electronic games of chance in Australia even once.

According to online gambling news in Australia, when the Australian gambling computer decides that a punter has been playing for too long or betting too much, it will automatically block the gambling card from being used by any pokies device in Australia.

The NRL claims that the pokies reform will cost the rugby clubs over $3 billion dollars to implement. Each electronic gaming device in Australia would require customization at the cost of $100,000 to link it to the government central computer.

In an effort to educate the public and fight the proposed repressive Australian gambling laws, NRL will begin broadcasting commercials and show advertising at stadiums during all football games starring league great Steve Mortimer.

NRL boss David Gallop revealed that hundreds of junior sports clubs and junior league teams will be closed because of the high costs of the proposed reforms.

“There are lots of gambling options in the community yet none of them contribute to the community in the way that NRL club movement does. Our concern is that these measures will not prevent problem gambling but that it will severely damage the rugby league and other community sports,” David Gallop concluded.

Peter Newell, of Clubs Australia stated that the reforms would destroy and bankrupt hundreds of businesses due to the tremendous costs of implementing the proposed gaming laws which the government kindly passed along to the businesses which offer pokies machines.

“To the best of my knowledge, league clubs would lose anywhere between $1 and $2 billion if this were to go ahead. In any case it’s not sustainable from a revenue point of view or from a capital point of view,” said Peter Newell.