Legal online casinos may soon open in the Alpine country. 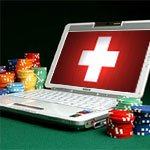 Swiss gambling news about the DOJ and the cantons developing new online gambling regulations is likely to mean that legalization is within reach.

It’s not that the local players have been abstaining from online gambling, anyway. Although the current Swiss gambling laws ban the practice of playing on foreign sites, the ban has not been complemented by tools to enforce it. It’s unclear whether this was by mistake or by design – perhaps Switzerland simply knows it very well how difficult it is to legislate effectively against offshore activities.

Of course this new legislative effort could mean that enforcement will eventually be stricter, but legalization and regulation are much more likely. The probability of such an outcome is also enhanced by the results of a March 2012 referendum.

At that time voters decided to enshrine in the constitution that the income from lotteries and sports betting is to be used only for charitable purposes, also setting the possibility for a new, permissive regulations of online casinos in Switzerland.

Keeping online gambling revenue at home, while also attracting foreign players, is an absolute necessity for the Swiss government. The local gambling industry has been hemorrhaging money over the last couple of years, with both locals and tourists switching to online casinos in large numbers, instead of frequenting the brick-and-mortar establishments.

At the same time, the new rules will likely include detailed plans on preventing unlicensed sites from soliciting Swiss players.

Whatever the outcome, it isn’t about to happen tomorrow. It is nevertheless encouraging to witness these efforts, which may eventually lead to much-awaited legalization.