The Cleveland Cavalier VS The Golden State Warriors: A Review of NBA Finals Game4 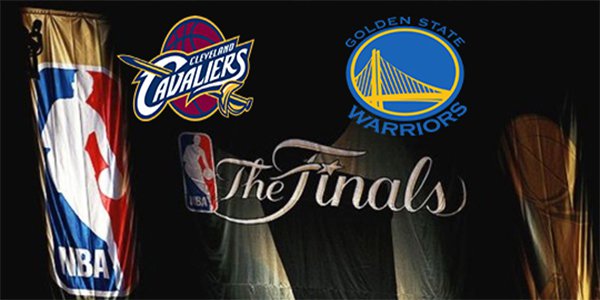 The NBA Finals game four had all the excitement and thrills that was expected of a finals game include a candid flash of Lebron James’ penis. It cannot be said that it wasn’t a trip. The Warriors had their backs to the wall and knew they had to do something. There was no better place for that than the in the Cavalier’s back yard. After all the Cavaliers did the same thing to them in game two so the treatment was expected to paid back in kind.

• Andre Iguodala, who started for the first time in the series, was impressive
• Andrew Bogut was taken out of the starting line-up for the Warriors
• Curry had only eight points but helped the warriors take the half 54-42.

Warriors Coach Steve Kerr found a way to get through the Cavalier offense by changing up the line-up and going small. Golden State had a new strategy that Cleveland would have to learn to adjust to. The real comeback was the mental change that took over the Warriors in the fourth quarter of game three when Stephen Curry got back into the rhythm of his game that led the Warriors to 67 wins making U.S gambling news.

Cleveland got the early lead as the Warriors weather the storm

The Cleveland Cavaliers got off to a quick start in the first quarter. Their court coverage looked good. Iman Shumpert hit an early three-pointer to help raise the score. Lebron, getting in on the action early, drove to one side of the paint and gave a “no look” pass to Mozgov who was wide open and dunked the ball which raised their lead. Cleveland got off to a 7-0 lead. Coach Kerr kept mentioning his team would have to “weather the storm” in the beginning.

Andre Iguodala, who started for the first time in the series, was impressive. Andrew Bogut, who proved ineffective last game, was on the bench. Curry was a bit more tenacious this game. Although Cleveland was in the lead, they started to look tentative around the fifth minute as more players stood around as Warriors were making plays. A shot by Clay Thompson gave the Warriors their first lead in more than one game. Soon the Warriors finished the quarter with a 31-24 lead.

Coach Kerr got his wish for a more mobile Warriors as Golden State kept their pace alive in the second quarter. The Cavaliers, with only eight players used in the series, were anticipated to be tired if the pace was higher. Cleveland were making their boards, but weren’t affective scoring. The passing game of the Warriors was excellent as Cleveland worked from behind the first time since game one. Matthew Dellavedova had a silent game at this point and Lebron wasn’t effective as he tried to adjust.

Sean Livingston and Raymond Green were giving solid numbers for the Warriors. Lebron got double teamed constantly and didn’t get the same looks he had before. Bogut finally appeared to cover Mozgov. Lebron fell down hitting his head on camera within five minutes of the end of the half. The bleeding stopped, Lebron returned. Bogut picked up his third foul in 2 minutes. Although Curry had only eight points, the warriors took the half 54-42. Anybody sports betting for Cleveland would be shaking right now.

The Warriors kept their lead and would let it go

Cleveland was more or less desperate in the beginning of the second half. Dellavedova made a three-pointer bringing the Warrior lead to 11. Another Dellavedova attempt in the next transition led to steal by the Warriors who ended up missing the shot. Iguodala threw the ball away as Cleveland got down to the other end and couldn’t complete the play. A behind the back pass by Smith to Movgov who finished with a layup, showed some signs of a pulse for Cleveland.

The Warriors pressure was proving too great for Cleveland. A couple of shots on the free throw line by Mozgov cut the Warrior lead to nine. A jumper by Iman Shumpert brought it to five. A Lebron turnover caused a loose-ball foul for Golden State as Cleveland converted it to another two points. With the next transition being an alley oop by the Cavaliers, the game had a three-point separation. David Lee returned to the game and was fouled hard as he made one foul shot. The last three minutes of the game was mired by struggle more than skill as the quarter ended 76-70.

The spike that occurred in Warrior defense at the end of the third quarter continued to grow in the fourth quarter. Golden State was dominating the boards. Fortunately for them, they are shooting “good enough” to stay ahead. Cleveland can’t seem to make a dent in the Warrior’s lead because of their poor shooting and their lack to recover key rebounds, offensively and defensively. The small team adjustment made by Coach Kerr helped keep the Warrior offense able to capitalize enough on their opportunities to keep the game alive.

The quarter seemed to be owned by Golden State transition after transition. Igaudala stayed persistent throughout the game and proved to be the key player in this game. Although Lebron came out that night looking a bit drained, he simply ran out of options and the few chances were followed with action. Everything seemed to favor Golden state tonight. With a 20 point lead with two minutes left, any punter using online sportsbooks in the U.S. to make money off a Cleveland win was by now “crying in the corner.” Golden State won, without mercy, 106-82.