The Cleveland Cavalier VS The Golden State Warriors: A Review of NBA Finals Game3 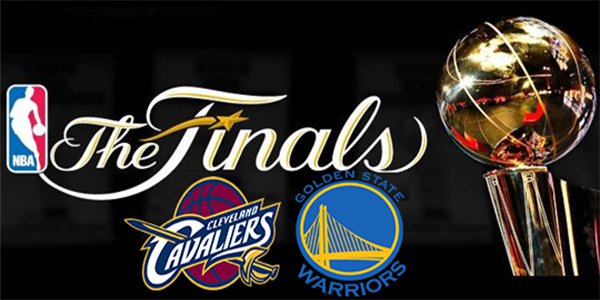 “Lebron has the ability to score like Michael and orchestrate the court like Magic.” These are the words spoken by commentators as Game 3 began. The last two games ended in overtime and sent a clear message that there was much effort going into this series from both sides. As you can feel the excitement in the air of the excited Cleveland crowd, Lebron stops in front of NFL football legend Jim Brown and bows to him.

Stephen Curry called his performance in game 2 a “fluke”, but he didn’t have the same appearance of ferocity as he did in the first game. We’re looking at a different Curry who is more tentative at times and is actually starting to miss the ball more often. Cleveland won game 2 shooting 32 percent from the field. Lebron and company have found the secret recipe for breaking down the Warrior offense while making U.S. gambling news.

Unlike the last two games, this game got off to a quick start as the Cavaliers put in 4 points before the Warriors scored a point. Stephen Curry got into foul trouble early. Thompson got in some early boards as Cleveland gets more looked at the basket. Although both teams shot under 40 percent in the last game, Golden State had to deal with the slower pace that Cleveland kept enforcing on them. Cleveland’s James Jones made a four point play and started his fire engulfed performance.

Golden State coach Steve Kerr had been encouraging his players to just keep the ball moving and pick up the pace. Although the Warriors can play slower, Cleveland isn’t very good at playing faster. Raymond Green, who had the fall last game, came in later because of his back. Matthew Dellavedova is continuing the same “badass” defense he started last game. The Warriors came to play as they end up getting back in the game. Curry lost the ball and two Cavaliers steal it ending the quarter 24-20.

Iman Shumpert, who received a shoulder injury in the first quarter, is kept out as the second quarter continues. Tristan Thompson, who had 6 rebounds in eight minutes, is still a defensive force. The Warriors shot 33 three-point shots last game and only made eight. The Warriors brought it close in the second quarter to a two-point game. JR Smith started to feel his groove as his put up a three pointer.

Bogut for the Warriors was able to block in the paint as he passed it to Clay Thomspon for an easy two. Mozgov, Bogut’s Cleveland counterpart was doing a better job. Shumpert finally came back in at the six minute mark. The Warriors hadn’t stayed too far behind, but Cleveland kept the lead. The pace picked up a bit in the last minute, but could only manage 37 points as Cleveland led with at the half with 44. Those who are sports betting may have a serious surprise waiting for them in the next half.

Delladedova comes out hard in the third quarter as Cleveland pushed their lead to 10 which forced Coach Kerr to call a time out for the Warriors. Clay Thompson got his groove on with a serious dunk. The Warrior had made only four three-pointers as Cleveland benefits with shooting percentage thats10 percent higher. At six minutes in the quarter, Curry made his first shot since the first 90 seconds of the first quarter.

With three minutes left, the Cleveland was leading by 20. A quick three-pointer by Curry calmed things a little. Lebron was controlling the tempo so the Warriors can only go but so fast. Livingston could only do so much against Lebron as he put in his 24th point. Andrew Barbosa for Golden State put in a three-pointer to dent the Cleveland lead. A seventh block by Lebron in the last 10 seconds ended the quarter.

Clay Thompson kept it going and helped bring the score to within nine. David Lee of the Warriors was looking more like an “x-factor” in this game. He scored 18 points total in the playoffs, yet Lee was fresh from the bench. Curry with 10 points in the quarter brought the game 77-73. Seven turnovers by Cleveland in the fourth quarter definite had put the Warriors back in the game. Curry started to act like his old self.

A mean alley-oop pass by Dellavedova to Lebron’s two handed slam rocked the crowd and put their lead back to five. Lee, at nine points, is still putting numbers on the board at three minutes left. Curry once again brought the score within one. Curry covered a less skillful Dellavedova and as he fell to the ground put up a crazy two-pointer that left Curry shaking his head while mumbling.

The Warriors might be serious trouble in the game four, but not tonight

Lebron gets on Curry and he replied with fancy footwork and an around-the-back pass that went to nobody as the Warriors got their first turnover in the quarter. Lebron obliged by taking it back up and making a three-pointer. The Warriors seriously started to come back and will be a good bet for those using online sportsbooks in the U.S. next game. But the 10-3 run by Cleveland was too much. Curry put in a three-pointer making it a three-point difference at 19 seconds left. Unfortunately, it was too little to late as the game ended 96-91.