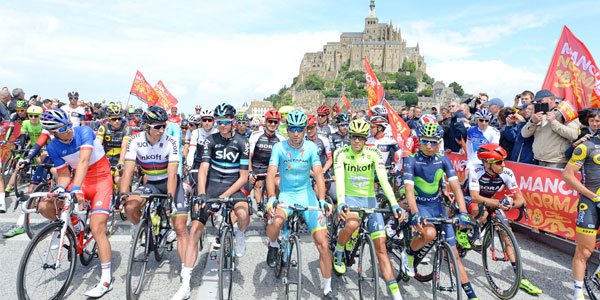 Wimbledon (a tournament dedicated to posh people’s Frisbee) is to the media what a pile of dung is to flies. It attracts and fascinates them in ways that even junkies would find a little alarming, and whilst most of the sporting world watches the grunting racket fondlers in South London, and the rest gaze upon sweaty men in Lycra cycling around France on drugs, some big global gambling news stories have quietly slipped in under the radar without a ripple. So lets throw a spotlight on some of them.

The World Aquatics Championships organizers are packing the huge number of empty seats their event has been left with using school kids, possibly in an effort to educate them as to what happens when you put wet humans on a steel tower next to the Danube in a country frequently beset by sudden electrical storms. Global gambling news stories won’t get much bigger than the Russian synchronized diving team getting barbecued and everyone taking advantage of Irish gambling laws to wager on how soon Putin reenacts 1956.

I use Ireland as an example because one of the global gambling news stories that popped up this week was the announcement the minimum age for gaming in Ireland was being raised to 18, a story that really only served to highlight that it hadn’t been in the first place. The Irish government did a rather good impression of Wayne Rooney talking about his ambitions at Everton whilst entirely glossing over the fact he’s just too rubbish to play for Manchester United these days. However they weren’t alone.

Too Many Mixed Messages In Global Gambling News Stories?

Perhaps the best of the mixed message global gambling news stories this week slipped out of Goa, a town so well known for parties that merely looking it up on Trip Advisor is an admission of hedonistic guilt, where Town & Country Planning Minister Viaji Sardesai attempted to both stand against the spread of evil gambling AND helpfully move the riverboat casinos of the Mandovi onshore where more people could get to them. Of course this will mean ‘amending’ the law, but what’s a law between friends?

Viaji Sardesai made headlines this week with his apparent contradiction when it comes to gambling (photo: scroll.in)

Read the Irish gambling news headlines and you’ll discover the answer is very little. More than a few pointing out young people could evade their new law almost at whim online at sites like Bet365 given the challenges in real world identification and security that are faced by the industry, an industry which was given a mild helping hand as Cubs fans steadfastly refused to cash their betting slips instead keeping them as souvenirs of the victory, in itself one of the biggest global gambling news stories ever.

Of course once you start digging around and lament the poor lady stabbed near a casino in Hamilton, Australia, note teachers in Texas, the USA, might get their bonuses from State Lottery money and that casinos in France enjoyed a 3.3% organic growth bump in the second quarter of 2017, the global gambling news stories start to become a little more nuanced and if you like to bet on sports in Ireland you’ve probably already been cheered by the bookies Dun Laoghaire Regatta mistake that cost them.

Not that we should wish ill upon online bookies such as Bet365 even if they are as hypnotized by Wimbledon as everyone else, Chris Froome will have to break his neck to get some attention if he doesn’t win back the Yellow Jersey from Fabio Aru in the Tour de France, and if the Irish might have surprised everyone with the most staid of the global gambling news stories this week you get the feeling if Federer loses no one will even remember the minimum gambling age wasn’t 18 already.